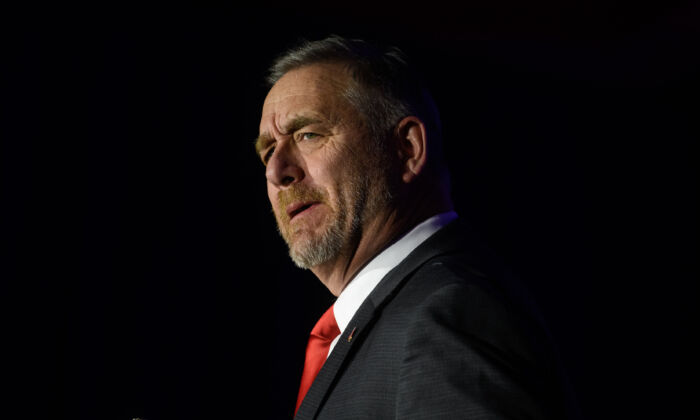 On Tuesday, Attorney General Dave Yost of Ohio filed a lawsuit against Google, accusing the tech giant of “discriminatory and anti-competitive behavior.” The lawsuit moves to have Google declared a public utility, subjecting it to regulatory boards in the state.

Though Google has faced federal and state level scrutiny before, this lawsuit is the first to definitively call for Google to be treated as a public utility.

The opening of the case, State of Ohio v. Google (pdf), reads: “The vast majority of Ohioans use the internet. And nearly all of those who do use Google Search. Google is so ubiquitous that its name has become a verb.”

This wide, practically unchallenged supremacy is a key argument for the state to consider it a public utility.

This dominance, it continues, is essentially impossible to break due to high barriers to entry in the field. Search engine algorithms improve, it notes, “with each successive search.” With its long history, Google has had time to improve its search engine well beyond competitors’ search engines.

The suit says that even though Google’s mission statement is “to organize the world’s information and make it universally accessible and useful,” the site “fails to disclose to its user[s] … that it manipulates its presentation of that information to preference its own services, yielding search results that best benefit the interests of Google.”

This section of the suit concludes with the words that Google “as a common carrier and public utility … cannot self-preference on its Results Pages.”

The suit also notes that the legal action and its requested remedies “are founded upon the positive statutory, common, and/or decisional laws of Ohio.” In other words, if Ohio courts approved the suit against Google, its regulations would only apply within Ohio’s borders.

It also rejects federal interference in the state’s legal proceedings against the corporation, saying that any such efforts would “improperly disturb the balance of federal and state responsibilities” and would be “without basis in law or fact.”

Some conservative politicians and organizations came out in support of the suit.

In a media release from Claremont, CCJ founder John Eastman notes that “The Claremont Institute’s goal is to protect public discourse and a robust marketplace of ideas, and therefore it has a real and substantial interest in the Attorney General’s efforts to protect Ohioan citizens’ ability to communicate and engage in meaningful democratic discourse on today’s public square—the internet.”

Broad concerns over social media censorship have long been a conservative concern, leading President Donald Trump to found a hotline to allow people to report their social media bans to the federal government. These concerns only intensified after Trump, while still the sitting President of the United States, was banned from Twitter.

Even Sen. Bernie Sanders (I-Vt.), an outspoken critic of Trump, found the ban concerning. “Do I feel particularly comfortable that the then-president of the United States could not express his views on Twitter? I don’t feel comfortable about that,” Sanders said in an interview with the New York Times.

A tweet from Senate challenger Vance’s press team described Yost’s lawsuit as an “effort to break Big Tech’s stranglehold on the public square.”

Vance said, “Dave Yost deserves to be applauded for this landmark lawsuit which can give Ohio the ability to provide overdue meaningful oversight of Big Technology companies like Google.”

On a press release on the legal action, Yost notes “Ohio is the first state in the country to bring such a lawsuit.”

“In plain terms,” the release says, “Ohioans are harmed by Google because they cannot make the best choices if they don’t get all of the information. For example, if someone searches for a flight and Google returns its own presentation of search results to steer the person to Google Flights, the person doesn’t see offers from competitors such as Orbitz and Travelocity.”

Google has moved to have the courts reject the suit, a motion which the writers of the amicus brief urged the court to deny.