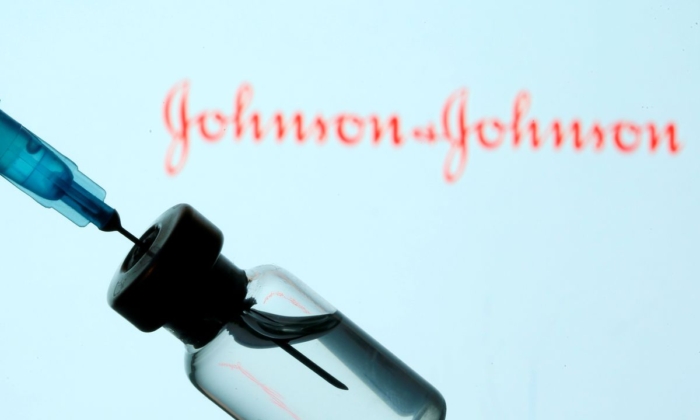 A vial and syringe are seen in front of a displayed Johnson & Johnson logo in this illustration taken Jan. 11, 2021. (Dado Ruvic/Reuters)
Vaccines & Safety

State and federal officials are investigating the death of an Oregon woman who received Johnson & Johnson’s COVID-19 vaccine.

The woman has not been identified by name or place or residence and the date of the death has not been disclosed.

The Oregon Health Authority said it was notified of the potential adverse event on April 2020, two days after the Centers for Disease Control and Prevention (CDC) was notified.

The woman, in her 50s, developed a serious blood clot within two weeks following vaccination along with low blood platelet levels and eventually perished.

The woman got a dose of Johnson & Johnson’s jab before its use was halted virtually nationwide because of at least seven documented cases where women developed the same type of rare clot after getting the vaccine. One of those women also died.

Until the investigation into the women’s death is complete, Oregon officials said, it isn’t clear whether the death is related to the shot.

Federal officials first recommended a pause in the administration of Johnson & Johnson’s vaccine on April 13, and states across the country since then have halted its use.

The CDC’s vaccine advisory committee met regarding the post-vaccination clots two days later and concluded they did not have enough information to advise resuming use of the vaccine.

The same panel is scheduled to convene again on Friday.

Reported cases of post-vaccination clotting to the passive Vaccine Adverse Event Reporting System are being examined.

“These have been a handful of cases, not an overwhelming number of cases. We are working through and adjudicating them and verifying whether they do in fact reflect a true case,” CDC Director Rochelle Walensky told a briefing this week.

“We are encouraged that it hasn’t been an overwhelming number of cases, but we’re looking and seeing what’s come in,” she added.

Approximately 219 million vaccine doses have been administered in America as of April 22, though just 8 million of those are Johnson & Johnson’s jab.

The company told The Epoch Times via email earlier this month that it shares all adverse event reports about people receiving its shot, along with its assessment of each report, with health authorities.

Johnson & Johnson’s tracking of side effects “has revealed a small number of very rare events following vaccination,” the company added. “At present, no clear causal relationship has been established between these rare events and the Janssen COVID-19 vaccine.”

Anyone who gets a shot and displays shortness of breath, chest pain, leg swelling, abdominal pain, neurological symptoms, excessive bruising, or tiny blood spots under the skin beyond the point of injection should immediately seek medical assistance.