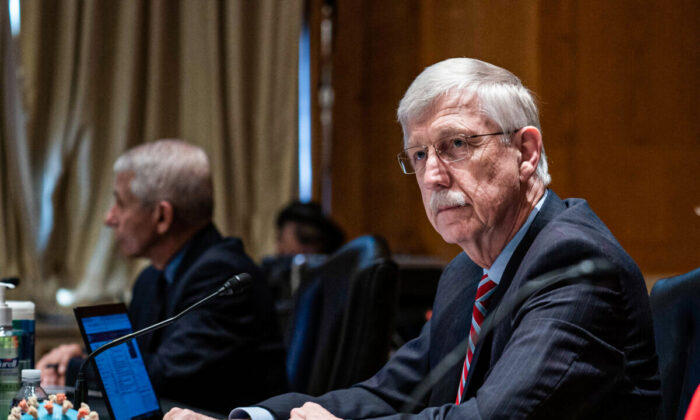 NIH Director: It Will Take Weeks to Figure out If Vaccines Are Effective Against Omicron

Amid uncertainties around the Omicron variant of the CCP (Chinese Communist Party) virus, National Institutes of Health Director Francis Collins said it will take weeks before scientists understand how effective the vaccines are at protecting against it.

During an interview on “Fox News Sunday,” Collins said the fact that the newly classified Omicron has more than 30 mutations on its spike proteins adds to the complexity in understanding whether the antibodies created by vaccines remain effective against it.

“We do know that this is a variant that has a lot of mutations—like 50 of them, and more than 30 of those in the spike protein, which is the part off the virus that attaches to your human cells if you get infected,” Collins told host Trace Gallagher.

“That is a new record in terms of the number of mutations,” he continued. “It does make you worry, therefore, that it’s a sufficiently different virus that it might not respond as well to protection from the vaccines. But we don’t know that.”

According to Collins, it will take “two, three weeks in both laboratory and field studies” for scientists to figure out the answer.

Collins, nonetheless, encouraged people to get the existing vaccines and booster shoots, which he said have provided protection against the Delta variant and hopefully would do the same to Omicron.

“We expect that most likely the current vaccines will be sufficient to provide protection and especially the boosters will give that additional layer of protection,” he said.

Scientists in South Africa announced on Thursday that they had identified the Omicron by genetic sequencing, noting that it may be more transmissible than other CCP virus variants. Within hours, the United Kingdom placed a ban on flights from South Africa and several other countries in southern Africa. Many countries have since followed suit, including the United States, which is going to restrict entry by most travelers from eight southern African countries.

Anthony Fauci, longtime director of the U.S. National Institute of Allergy and Infectious Diseases, said on Saturday that the travel restrictions imposed by the Biden administration and governments of other countries are meant to buy more time to study the new variant so that they can handle it better when cases emerge.

“Travel bans, when you have a highly transmissible virus, never completely would … prevent it from coming into the country. No way that’s going to happen,” Fauci said on ABC’s “This Week.”

“But what you can do is you can delay it enough to get us better prepared,” he added. “And that’s the thing that people need to understand. If you’re going to do the travel ban the way we’ve done now and that we’re implementing right now, utilize the time that you’re buying to fill in the gaps.”