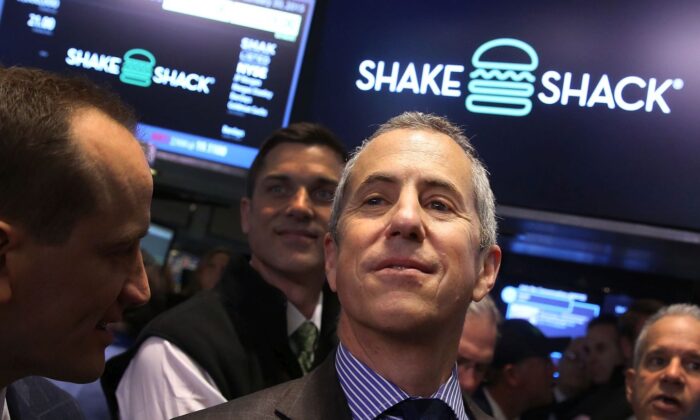 Restaurant Group’s CEO: Customers Will Have to Give Proof of COVID-19 Vaccination

The founder of Shake Shack said Thursday his Union Square Hospitality Group will require indoor diners and drinkers at its restaurants to show that they’ve been vaccinated against COVID-19.

Employees will also have to get the vaccine, Danny Meyer said, although he didn’t say whether they would be fired or be forced to wear masks.

However, the policy will not be extended to Shake Shack, a hamburger fast-food restaurant that has a number of locations in the northeastern United States.

The policy will be implemented at the Union Square Hospitality Group, which oversees Gramercy Tavern, Manhattan, and Union Square Cafe. The group operates Anchovy Social in Washington, as well.

Meyer made the announcement about his restaurant’s vaccine policy on CNBC, saying the vaccine requirement is “the most logical thing I’ve ever seen.”

“I’m not a scientist, but I know how to read data, and what I see is that this is a crisis of people who have not been vaccinated, and I feel strong responsibility, on our part as business leaders, to take care of our team and our guests, and that’s what we’re doing,” said Meyer, who is chairman of Shake Shack’s board.

“We’re going to give our employees 45 days to make the choice and hopefully this will be the incentive that really makes them say, ‘You know what, now I’m going to do it.'”

“BIG: Restauranteur and NYCEDC Chair Danny Meyer just announced a vaccine mandate for staff and customers at his restaurants. A bold move supported and encouraged by [Mayor de Blasio], with the full backing of the NYC government. This is the path forward,” Bill Neidhardt, Mayor Bill de Blasio’s press secretary, wrote on Twitter.

Vaccine passports or similar systems have been routinely criticized by Republican officials as well as civil liberties groups for creating a two-tiered, caste-based society. Vaccinated people would essentially have rights that unvaccinated people don’t have under such a system, critics have argued.

Some Republican-led states have moved to ban vaccine passports in government buildings. Florida passed a bill into law earlier this year that prohibits all businesses from using such a system.

Earlier this week, the Centers for Disease Control and Prevention (CDC) reversed its mask policy and recommended that vaccinated and unvaccinated people wear masks in high-transmission areas, although the agency hasn’t yet published data backing up its claims.

The Epoch Times has contacted Union Square Hospitality Group for additional comment, including how restaurants will verify whether a customer is vaccinated.