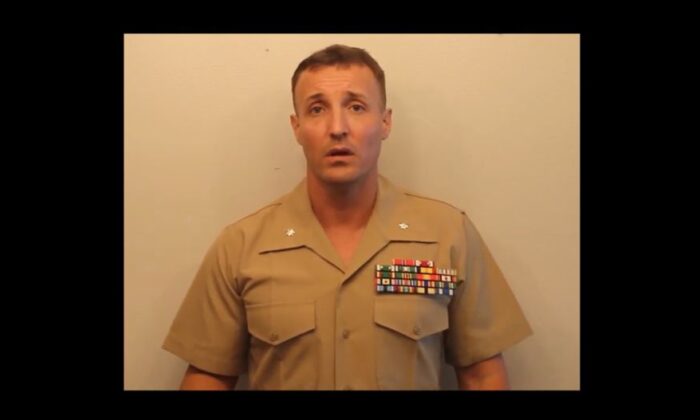 Lt. Col. Stuart Scheller has been freed from pretrial detention, but could still face charges for criticizing senior military officials over the U.S. evacuation from Afghanistan, The Epoch Times has learned.

Scheller was scheduled for a pretrial confinement initial review hearing Tuesday. Military officials planned to conduct the hearing in secret, sparking anger from some media outlets and members of the public.

But prior to the hearing, the Marine Corps agreed to free Scheller, cancelling the pretrial review as a result, according to a source familiar with the matter.

Meanwhile, Scheller has submitted a request for resignation of his commission in lieu of trial to the Secretary of the Navy, the source said, speaking under the condition of anonymity to avoid backlash from the military.

His family has expressed dismay about how the veteran is being treated by his country.