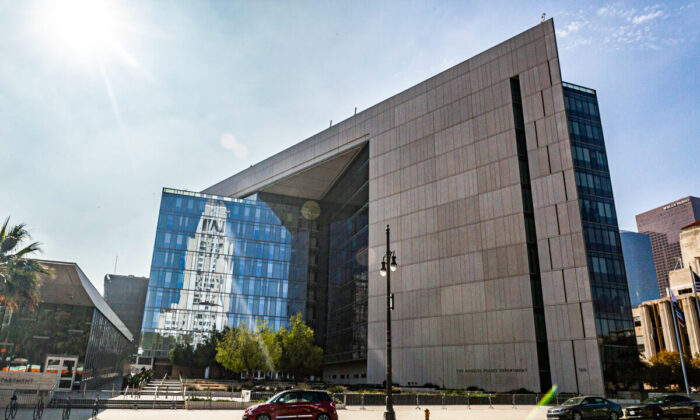 The documents, released by the Brennan Center for Justice following an open-records request with the LAPD, have raised concerns among critics that law enforcement’s online surveillance operations harm freedom of expression and encourage profiling.

“Social media surveillance can facilitate surveillance of protest activity and police presence at protests, which can chill both online and offline speech,” the organization stated. “Further, the highly contextual nature of social media also makes it ripe for misinterpretation.”

The Brennan Center released an initial set of documents in September, showing that LAPD officers use fake social media accounts to monitor online activity. The FBI and other federal intelligence agencies are restricted from using such tactics under a Reagan-era executive order that requires agents to reveal their identities when participating in private organizations.

“Social media situational awareness is gained by the passive and active searching for information impacting operations, including information found in discussion forums, posts, videos, and blogs,” according to a 2015 LAPD social media user guide. “In this capacity, social media use can be covert and/or clandestine.”

The media guide requires LAPD officers to receive permission from a commanding officer but imposes few other rules for how such activity should be conducted.

“Officers need not document the searches they conduct, their purpose, or the justification. They are not required to seek supervisory approval, and the guide offers no standards for the types of cases that warrant social media surveillance,” the Brennan Center stated.

“While officers are instructed not to conduct social media surveillance for personal, illicit, or illegal purposes, they seem otherwise to have complete discretion over whom to surveil, how broadly to track their online activity, and how long to monitor them.”

At least some social media companies agreed with the Brennan Center’s assessment of the law enforcement actions. Facebook wrote a Nov. 11 letter notifying the LAPD that its practices violated company policy.

“While the legitimacy of such policies may be up to the LAPD, officers must abide by Facebook’s policies when creating accounts on our services,” Facebook attorney Roy Austin told LAPD Chief Michel Moore. “The Police Department should cease all activities on Facebook that involve the use of fake accounts, impersonation of others, and collection of data for surveillance purposes.”

Last week, the Brennan Center released another round of records, this one detailing the LAPD correspondence with the tech firm Voyager Labs. According to the records, Voyager marketed a product it claimed can assess the strength of people’s ideological beliefs and the level of “passion” they feel by looking at their social media activity and connections.

“Voyager Discover helps public safety investigators expand topic analysis to find under-the-radar leads that would otherwise never be found, and often indicates those most likely to act, rather than simply those with the most media reach,” a Voyager white paper reads, touting its ability to find out “who is most invested in a given stance: emotionally, ideologically, and personally.”

The documents show that some LAPD personnel expressed concerns about using Voyager. One email from a Voyager official states that the LAPD rejected a program that would notify officers of daily, weekly, or monthly of any new content or friend changes on a profile.

The LAPD rejected this program because “it’s very close to active monitoring,” the email reads.

While the LAPD apparently doesn’t use Voyager’s program, the Brennan Center nevertheless explained why doing so would be detrimental to civil liberties.

“The posts and activities of those who commit violent acts resemble the activity of countless other users who never engage in violence,” said Brennan Center researchers Rachel Levinson-Waldman and Mary Pat Dwyer.

“Using law enforcement resources to target all social media users who share interests with individuals who have engaged in violence would result in a crushing volume of information and would yield thousands or even millions of false positives.”

Voyager disputes the Brennan Center’s characterization of its products and services.

“Voyager is a software company. Our products are search and analytics engines that employ artificial intelligence and machine learning with explainability,” the company said in a statement to The Epoch Times. “Our software does not predict future behavior. It is not a ‘pre-crime’ tool.”

Voyager stated that it follows the laws of the jurisdictions in which it does business and has confidence that its clients are also law-abiding.

“The software is agnostic as to which data its customer decides to upload to the system and from which databases that it decides to use,” it stated. “However, Voyager itself neither provides nor builds databases of its own, nor does it supply any Voyager personnel to run its software. These are our clients’ responsibilities and decisions, in which Voyager has no involvement at all.”