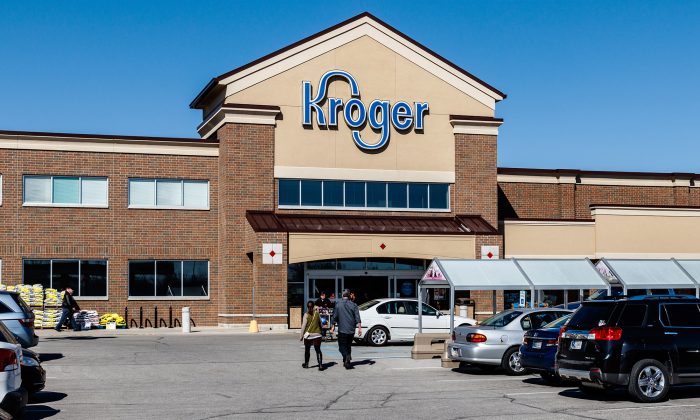 The pay increase, mandated in January, was for workers who were employed at pharmacies and retail stores with 300 or more employees in the Southern California city.

The move was announced earlier this year, but the Ralph’s and Food 4 Less—both operated by Kroger—were shut down on April 17, employees told local media outlets.

“As a result of the City of Long Beach’s decision to pass an ordinance mandating Extra Pay for grocery workers, we have made the difficult decision to permanently close long-struggling store locations in Long Beach,” said a spokesperson for Kroger several weeks ago. “This misguided action by the Long Beach City Council oversteps the traditional bargaining process and applies to some, but not all, grocery workers in the city.”

Last month, Kroger also announced it would close down three stores—two Ralphs and one Food 4 Less—in nearby Los Angeles, which passed its own $5-per-hour “hero pay” boost to workers amid the pandemic.

Kroger, in a statement, said they were “underperforming stores,” while maintaining that the extra cost of temporary hazard pay made it impossible to operate.

“The hero pay mandate in Los Angeles will add an additional $20 million in operating costs over the next 120 days, making it financially unsustainable to continue operating the three underperforming locations,” the firm said. “Despite our efforts to overcome the challenges we were already facing at these locations, the extra pay mandate makes it impossible to run a financially sustainable business that ensures our ability to continue serving the Los Angeles community at those three locations with reliable access to affordable, fresh groceries and other essentials.”

It added, “We are proud of our role as a leading employer in Los Angeles and remain committed to our dedicated associates on the frontlines serving in our 65 other area locations.”

“Hero pay” mandates have also been passed in several other Southern California cities, including Coachella, Montebello, and Irvine.

“The city has an interest in considering whether it should take legislative action to address these closures and potentially future closures of other grocery stores especially in areas of the city that are commonly known as Food Deserts,” the motion introduced by Councilmen Marqueece Harris-Dawson and Paul Koretz, both Democrats, reads.