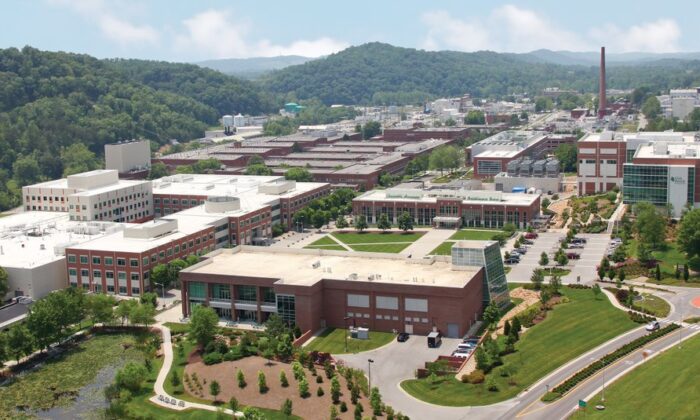 A federal judge on Oct. 15 temporarily blocked a U.S. Department of Energy laboratory’s contracted operator in Tennessee from terminating or placing on unpaid leave its workers who are exempted from a COVID-19 vaccine mandate.

Days after six employees filed a lawsuit against the University of Tennessee–Battelle (UT–Battelle), District Judge Charles Atchley in Knoxville issued a temporary restraining order limiting the ability of the managing contractor for Oak Ridge National Laboratory to place employees on indefinite unpaid leave or to fire them after they receive a religious or medical exemption to taking a COVID-19 vaccine.

Though a not-for-profit company, UT–Battelle allows for employees to submit requests for exemptions under the Civil Rights Act of 1964 and the Americans with Disabilities Act, it later told about 140 employees they will be put on unpaid leave as of Oct. 15, despite their approval for exemption.

UT–Battelle’s actions left workers with the “impossible choice of either taking the COVID-19 vaccine, at the expense of their religious beliefs and their health, or losing their livelihoods. In doing so, UT Battelle has violated Title VII and the ADA by failing to engage in the interactive process and provide reasonable accommodations, and also by retaliating against employees who engaged in protected activity,” the lawsuit states.

The temporary restraining order is effective through Oct. 29. Atchley wrote that he will decide then whether to let it expire or continue while the case is ongoing. He added that he issued the order until a full hearing can be held.

The judge rejected the employees’ other motions to attempt to halt the vaccine mandate for any staffer in the process of requesting an exemption while their requests are being considered.

Atchley wrote that “preventing their [employees’] placement on unpaid leave for a matter of two weeks simply will not harm” the organization, while the unpaid leave presents a “functional loss of employment” and other damages for the employees at the laboratory.

Morgan McCorkle, a spokesperson for Oak Ridge National Laboratory, said on Oct. 17 that officials “remain confident our policy is legal, in taxpayers’ interest, and necessary for the well-being of our workforce.”

The laboratory, which falls under the U.S. Department of Energy, announced on Aug. 26 that all staff needed to be vaccinated by Oct. 15, with a request for those who seeking accommodations for religious or medical reasons to submit them by Sept. 15.

UT–Battelle had 145 employees request accommodations for religious beliefs, and in 24 cases had in-person discussions with the workers. UT–Battelle received 75 requests for medical exemptions, granting 47 of them, denying 25, with three pending, a filing states.

The Oak Ridge National Laboratory—the Department of Energy’s largest science and energy laboratory—states on its website that there are 5,700 staff workers at the facility.

UT–Battelle didn’t immediately respond to a request for comment.

Matt McGregor and The Associated Press contributed to this report.