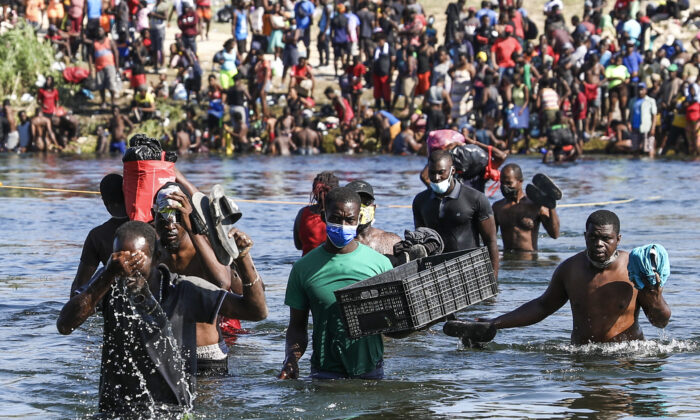 Illegal immigrants cross the Rio Grande between Del Rio ( far side) and Acuña, Mexico. Some are crossing back to Mexico to avoid deportation from the United States, in Acuña, Mexico, Sept. 20, 2021. (Charlotte Cuthbertson/The Epoch Times)
Immigration & Border Security