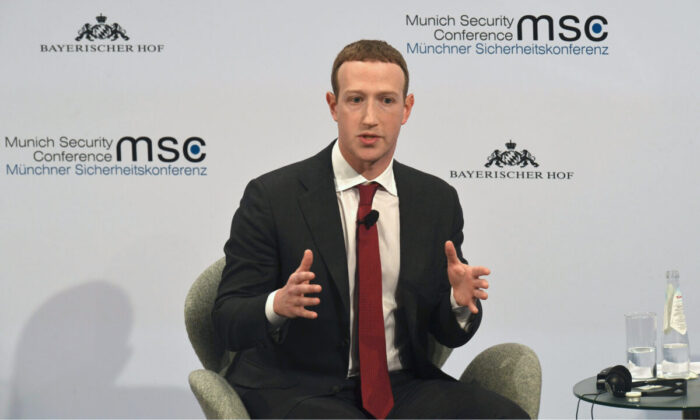 Facebook on Monday blamed the widespread outage across a suite of its social media and messaging services on faulty configuration changes on its routers.

“Our engineering teams have learned that configuration changes on the backbone routers that coordinate network traffic between our data centers caused issues that interrupted this communication,” Facebook said in a blog post of the global outage on Monday.

The Facebook, Instagram, and Whatsapp apps, all owned by Facebook, went offline for nearly six hours before some of them were restored. According to an outside trafficking firm, the outage appears to have been the most widespread in the company’s history, the Wall Street Journal reported.

Facebook apologized in its statement on Monday, saying that the underlying cause of the outage impacted many of the internal tools and systems it uses in its day-to-day operations, “complicating our attempts to quickly diagnose and resolve the problem.”

“This disruption to network traffic had a cascading effect on the way our data centers communicate, bringing our services to a halt,” it said in a statement.

“Our services are now back online and we’re actively working to fully return them to regular operations,” the company said. “We want to make clear at this time we believe the root cause of this outage was a faulty configuration change.”

The company added that there is no evidence that user data was compromised as a result of the outage.

“We apologize to all those affected, and we’re working to understand more about what happened today so we can continue to make our infrastructure more resilient,” the blog post said.

The outages came shortly after a Facebook whistleblower during an appearance on CBS News’ “60 Minutes” program accused the Big Tech company of repeatedly putting profit before doing “what was good for the public” by not acting on knowledge that its algorithm facilitates hate.

Frances Haugen, who told CBS News’ “60 Minutes” program that she was recruited by Facebook as a product manager on the civic misinformation team in 2019, claimed that she saw during her time with the company “conflicts of interest between what was good for the public and what was good for Facebook.”

“And Facebook, over and over again, chose to optimize for its own interests, like making more money,” Haugen said during her appearance on the television program broadcasted on Oct. 3.

She also accused Facebook of lying to the public about the progress it made to rein in hate speech on the social media platform. She further accused the company of fueling division and violence in the United States and worldwide.

Haugen is expected to testify at a Senate hearing, titled “Protecting Kids Online,” at 10 a.m. on Tuesday. The Epoch Times is not suggesting that the outage is linked to Haugen’s testimony.