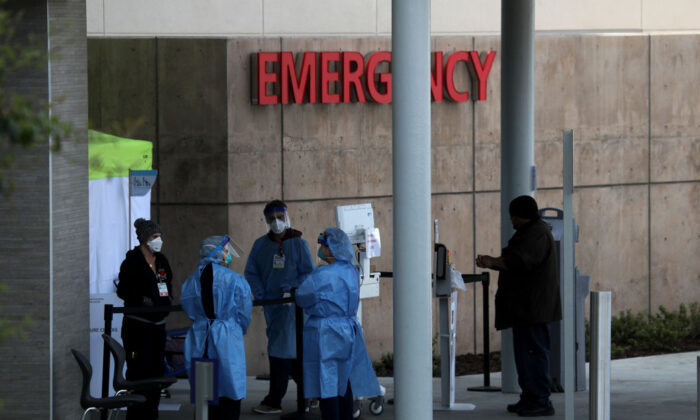 The number of COVID-19 deaths in Alameda County, California, fell by about 25 percent after health officials changed their methodology for total mortality count, removing deaths that weren’t a “direct result” of the disease or “in whom death caused by COVID-19 could not be ruled out.”

The county’s COVID-19 dashboard, following an update on June 4 to reflect the total number of COVID-19 deaths using the state’s death-reporting definition, shows that 1,223 deaths were caused by the CCP virus, 411 fewer than it previously reported.

“Alameda County previously included any person who died while infected with the virus in the total COVID-19 deaths for the County,” the county’s public health department said in a statement (pdf). For example, someone who tested positive for the virus before dying in a car accident would still have been counted toward the COVID-19 death toll.

“Aligning with the State’s definition will require Alameda County to report as COVID-19 deaths only those people who died as a direct result of COVID-19, with COVID-19 as a contributing cause of death, or in whom death caused by COVID-19 could not be ruled out,” the health officials said, noting that their system of reporting COVID-19 deaths on the dashboard and to the state was implemented early in the pandemic, before the state established guidelines for how deaths should be classified.

Alameda County health officer Dr. Nicholas Moss told The Mercury News that his department was aware of the inconsistency between the county and state’s numbers, but it had to put off the change because of a major surge in infections during the winter.

“We just weren’t able to move as quickly on this as we would’ve liked, but we felt it was important and sometimes better late than never,” he said.

Moss said some people may use the revision to argue that the pandemic isn’t as severe as it’s made out to be, an idea he strongly disputes.

“There are going to be people who make hay out of it and use it to question things about the pandemic, but it’s irrefutable, the severity of the pandemic,” he told The Mercury News. “I think anyone who would use this to make the argument that this is somehow overblown is really turning a blind eye to some of the simple truths of the pandemic.”

As of June 6, California has had 3,689,994 confirmed cases of COVID-19, resulting in 62,470 deaths, according to the state’s health department. In the United States, more than 33 million cases have been confirmed, and there have been more than 600,000 reported deaths.