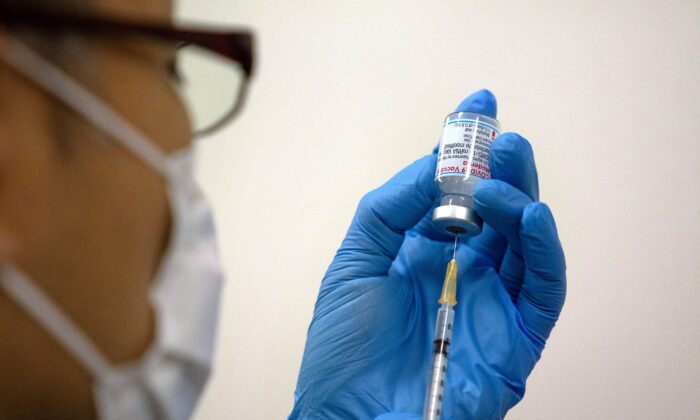 A COVID-19 vaccine mandate that was handed down by the Tucson government for its employees was deemed unconstitutional by Arizona Attorney General Mark Brnovich’s office, according to a Tuesday news release.

The mandate, he said, violates state law and goes directly against a law—Senate Bill 1487—passed by the Arizona Legislature earlier this year, meaning Tucson must amend or repeal the ordinance or lose state funding. The law bars local and state government entities from imposing COVID-19 mandates on employees, although it does not go into effect until Sept. 29, creating what Brnovich described as a loophole that was exploited by Tucson’s government.

“The Legislature’s intent was clear when it passed S.B. 1824 earlier this year—government entities from the local to state level cannot mandate COVID-19 vaccines,” said his office, adding that the “City of Tucson could subject itself to potential liability claims if it were to take adverse action against an employee who relies on” the state law or an executive order handed down by Gov. Doug Ducey (R-Ariz.) to refuse the vaccine.

What’s more, Tucson has 30 days to rescind or amend the ordinance otherwise the attorney general’s office will notify the Arizona Treasurer to withhold funds from the city, which is located in Pima County, the release said.

The announcement from Brnovich comes about three weeks after Tucson’s government adopted the ordinance that required public employees to give proof of vaccination against COVID-19, the disease caused by the CCP (Chinese Communist Party) virus, by 4 p.m. on Aug. 24. Those who refuse or cannot provide vaccination proof will face a five-day suspension without pay, the city said.

As a result, Ducey issued an executive order to stop cities from imposing vaccine mandates until Senate Bill 1824 goes into effect later this month. However, Tucson has continued to mandate employees to either get the vaccine or face a suspension without pay.

Private businesses in Arizona have to allow medical or religious exemptions for employees when it comes to COVID-19 vaccine mandates, the attorney general’s office said in an opinion issued last month.

“A sincerely-held religious belief includes a moral or ethical belief against receiving a COVID-19 vaccination that has the strength of a traditional religious view. The sincerity of that belief should be judged based on the employee’s words and conduct at the time the conflict about the COVID-19 vaccine arises and not based on prior words or conduct,” said Brnovich’s office on Tuesday.

The Epoch Times has contacted the City of Tucson for comment. The city hasn’t issued a public response to Brnovich’s Tuesday announcement.

When the ordinance was handed down, Tucson Mayor Regina Romero, a Democrat, said the government has a “legal duty and legal obligation to provide and maintain a safe and healthy workplace for its employees” and claimed that unvaccinated people “unjustly” expose COVID-19 to others.