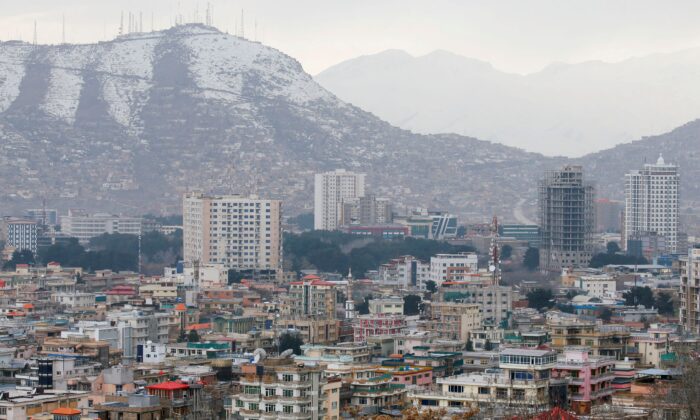 American troops will be deployed to aid the evacuation of some U.S. Embassy personnel in Kabul amid significant Taliban military gains across Afghanistan, a senior U.S. Department of State official confirmed on Thursday.

Around 3,000 U.S. troops, including two Marine infantry battalions and one Army infantry battalion, will be deployed to the Kabul airport to secure the civilian population, said Department of Defense spokesman John Kirby in a news conference. Diplomatic work will still continue at the embassy, said State Department spokesman Ned Price during a separate press briefing.

“This is a temporary mission with a narrow focus,” Kirby said. “We’re mindful that the security situation continues to deteriorate in Afghanistan. And as I said before, our troops will as always have the right of self-defense. But this is a narrowly focused mission to help safeguard an orderly reduction of civilians.”

The United States, Price said, is “further reducing our civilian footprint in Kabul in light of the evolving security situation” and said the Department of Defense will “temporarily deploy additional personnel to Hamid Karzai International Airport.”

Price said the U.S. military will also help with the departure of embassy and State Department staff from Afghanistan “in the coming weeks,” but he emphasized: “This is not a full evacuation.”

“This is not abandonment. This is not an evacuation. This is not the wholesale withdrawal,” Price also said. ‘It’s a very important distinction between planning and contingency planning,” he said, without providing more details. “We will continue to have a diplomatic presence on the ground.”

However, the move suggests the Biden administration doesn’t have confidence in the Afghan government’s capacity to push back the Taliban after the terror group took over swaths of the country, including the third-largest city, in recent days. It comes a few months after President Joe Biden ordered a full withdrawal.

The Taliban, which ruled Afghanistan from 1996 until 2001, has no air force or navy and is vastly outnumbered by U.S.-trained Afghan army forces but was able to take provincial capital after provincial capital with alacrity. Anonymous U.S. officials have told media outlets that the Afghan government army has collapsed even faster than previously thought possible.

The U.S. embassy in Kabul, in a fresh warning to American citizens, urged them to leave Afghanistan immediately. Its ability to assist Americans in the country will soon be “extremely limited,” according to the bulletin, due to reduced staffing and security concerns.

President Joe Biden initially set Sept. 11 as the target date for all American forces to be pulled out of the beleaguered country, coming 20 years after the terrorist attacks that propelled the United States into the war.

“We spent over $1 trillion over 20 years. We trained and equipped with modern equipment over 300,000 Afghan forces. And Afghan leaders have to come together. We lost thousands, we lost to death and injury, thousands of American personnel. They’ve got to fight for themselves, fight for their nation,” Biden said in recent remarks.