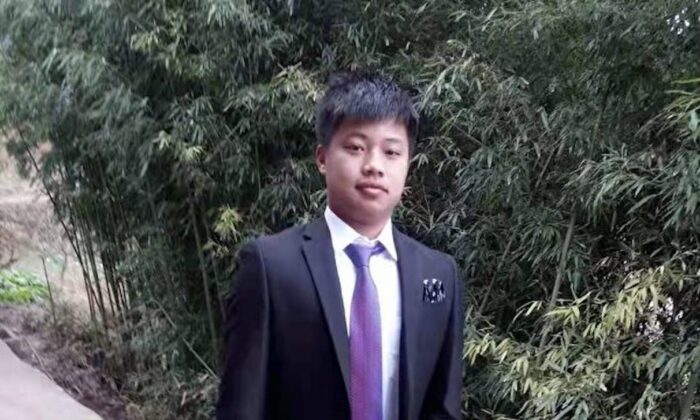 A 24-year-old Chinese technician for the Foxconn Group at the Zhejiang Jiashan Science and Technology Park in eastern China died after receiving a third shot of the SinoVac COVID-19 vaccine last month. Relatives have said they suspect that the cause of his death was related to the vaccination.

The technician surnamed Cheng graduated from Hunan Shaoyang University and started working at the Foxconn Group’s factory in Zhejiang Province in September last year. This year, the company organized its employees to get vaccinated. After the first two shots, the company organized a booster shot to be given on Nov. 11.

One of Cheng’s relatives told the Chinese language Epoch Times, that after he was vaccinated there were initially no reactions.

“But on Nov. 14, he told his colleague, ‘Don’t go to get the booster shot, I feel very uncomfortable and tired after the shot,'” the relative recounted Cheng as saying.

“On Nov. 15, he told his friends that after he was vaccinated, he was ‘so tired and so uncomfortable’. On Nov. 16, he searched a lot of reports about adverse vaccine reactions on Baidu, China’s domestic search engine, and the search record was left in his mobile phone,” the relative said.

A roommate of Cheng’s at the company’s dorm told the Chinese language Epoch Times, what happened on the morning of Nov. 20 when he found Cheng after coming back to the dorm after his night shift.

“I found him lying in bed, motionless, and not breathing, so I called 120, emergency personnel came and sent him to the hospital for emergency treatment. It seemed to have no effect,” the roommate said. “The doctor did not know the cause of death.”

Cheng’s relative said that the 24-year-old had been healthy, very strong, and had no preexisting health conditions.

“Since the vaccination, he was tired, having difficulties breathing, and was unwell each day,” he said.

The relative described what happened when they went to the hospital.

“Hospital officials said that they didn’t dare to say that there was a problem with his vaccination,” the relative said. “The police said it’s not a criminal case so they won’t investigate. The people of the HR department at Foxconn came and took a look, but didn’t say anything.”

The Chinese language Epoch Times contacted the Xitang Town Health Center where Cheng got the booster shot and the Foxconn Group’s Zhejiang Jiashan Science and Technology Park for comments about what occurred, but no reply was given.

Chinese authorities have faced accusations of silencing reports of the deaths of individuals occurring shortly after taking Chinese-made vaccines.

Due to the authorities’ suppression of information, it is difficult to gauge how prevalent deaths or adverse reactions are from vaccines in China, but multiple cases have come to light with an example being a report by the Chinese language Epoch Times in early November about an elementary school teacher Henan Province passing away after receiving two injections of SinoVac vaccine.

In October the South China Morning Post reported that a single mother was detained in the same province after she attempted to petition authorities in Beijing about the death of her pre-teen daughter who died after having a COVID-19 vaccine.

Gu Xiaohua and Gao Miao contributed to the report.