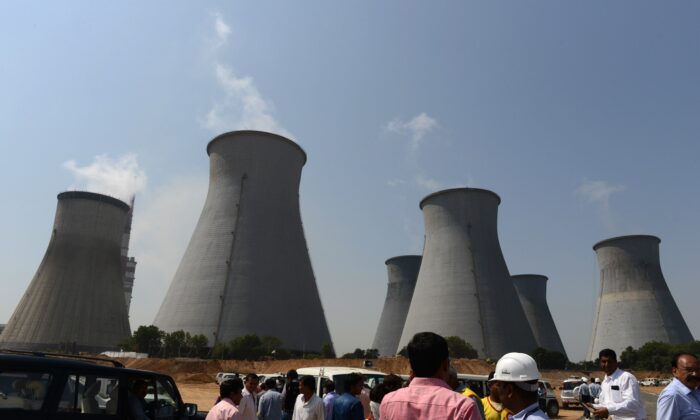 World Is Facing ‘Real Shortage of Energy’ That Could Lead to Social Unrest: Blackstone Co-Founder

The world is facing a “real shortage of energy” that could lead to social unrest, according to Blackstone Inc. co-founder Stephen Schwarzman.

“We’re going to end up with a real shortage of energy,” he said at the fifth edition of the Future Investment Initiative in Riyadh, Saudi Arabia, on Tuesday, Bloomberg reported.

“And when you have a shortage it’s just going to cost more and it’s probably going to cost a lot more. And when that happens you’re going to get very unhappy people around the world, in the emerging markets in particular,” he added.

Schwarzman’s warning was echoed by chairman of BlackRock Inc., Larry Fink, who said there is a likelihood of oil soon reaching $100 a barrel, particularly in light of governments and investors directing their economies and energy systems away from fossil fuels.

“Inflation, we are in a new regime,” said Fink. “There are many structural reasons for that. Short-term policy related to environmentalism, in terms of restricting supply of hydrocarbons, has created energy inflation and we are going to be living with that for some time.”

Surging energy prices are currently playing out across the globe, with several European countries facing soaring energy bills amid a rise in commodities such as oil, natural gas, and coal.

Gas prices rose by more than 35 percent in September amid lower supplies of natural gas and a surge in demand as pandemic-hit economies around the world reopen, prompting fears that there is simply not enough gas stored up for the winter if temperatures were to be particularly cold in the northern hemisphere.

Lackluster output from Europe’s windmills and solar farms and maintenance work taking nuclear generators and other plans offline have also contributed to the energy price hike.

In Europe, supply levels were at 16 percent below the five-year average last month, a record low for that time of year, and European utilities have turned to coal to combat such shortages, even asking Russia for more supplies. As a consequence, coal is now trading at sky-high levels.

But it’s not just Europe that is battling with declining natural gas supplies. According to the Energy Information Administration, the level of gas in U.S. storage was 7.4 percent below the five-year average in September and 16.8 percent below the level at the same time last year.

China, which is almost totally reliant on coal, earlier this month moved to secure more supplies—including electricity and oil—as the country faces electricity supply issues that have forced factories to shut down and caused ongoing supply disruption issues to multiple large global companies.

Meanwhile, Goldman Sachs on Monday said a strong rebound in global oil demand could push Brent crude oil prices above its year-end forecast of $90 per barrel.

Brent crude was trading at $85.41 a barrel on Tuesday, as multiple large consumers such as the United States, Japan, and India, have urged producers to pump more. Gas futures in Asia and Europe also reached record highs this month.

Goldman Sachs Group Chief Executive Officer David Solomon said on Tuesday that concerns were already mounting that the world would enter a period of higher inflation and slowing growth.

“The spare capacity is shrinking,” Nasser said in an interview in Riyadh, Bloomberg reported. “It’s now getting to a situation where there’s limited supply—whatever is left that’s spare is declining rapidly.”

The company is investing billions of dollars to increase oil production capacity to 13 million barrels per day by 2027.

Despite growing concerns over increased prices for everything from gas to food, the U.S. Federal Reserve and many economists maintain that the recent spike in inflation is “transitory,” and merely reflective of the ongoing effects of supply-chain breakdowns during the pandemic and shifts in consumer demand.