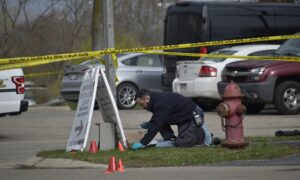 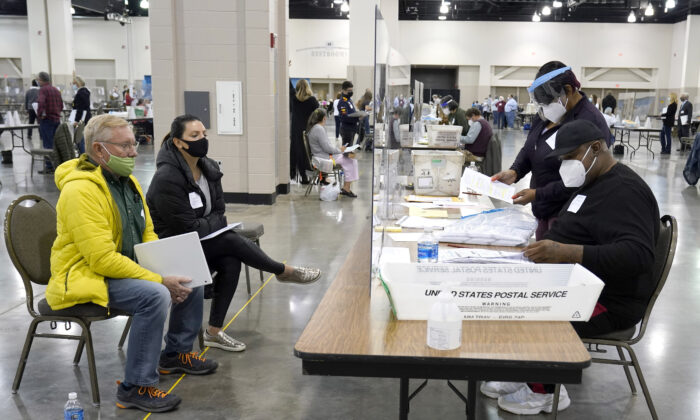 Vos, a Republican, told local news outlets that he will hire three retired officers to work with an Assembly committee that has investigatory powers to review the election. Vos said there were thousands of complaints made after the Nov. 3 contest in Wisconsin—which was narrowly won by President Joe Biden—that need to be investigated.

“We need to have a fact basis to continue to show the public in Wisconsin that, number one, we continue to take these irregularities seriously, and that at the end of the day, the laws that we proposed are based on facts in addition to anecdotes,” Vos told the Wisconsin State Journal, adding that he believes Biden won the election but pointed to “irregularities” in how it was carried out.

In the interview, Vos singled out how the Center for Tech and Civic Life, which is mostly funded by Facebook’s Mark Zuckerberg, got involved in several cities. Wisconsin’s five largest cities received some $6.3 million from the group, which also provided funding to about 200 municipalities across the state, the Journal Sentinel reported.

The retired officers and committee will spend three months reviewing all the tips that were received and will focus more time on the most credible ones, Vos told the newspaper.

“Is there a whole lot of smoke or is there actual fire? We just don’t know yet,” he said. “A sizable chunk of people believe the election was illegitimate. And democracy cannot flourish if both sides don’t believe in the end both sides had a fair shot.”

The move comes as auditors who were approved by the Arizona GOP-led Senate are reviewing more than 2 million ballots in Maricopa County, and amid other similar efforts across the United States. Last week, a judge in Georgia ruled to unseal absentee ballots that were cast in Fulton County during the 2020 election for a review.

Vos noted the controversy surrounding the Maricopa audit and said he wanted to prevent a similar situation from unfolding in Wisconsin. That’s why, he said, he hired former law enforcement officials.

“My hope is that they come back and they build the case to show Gov. [Tony] Evers and the Democrats who are in the ‘Casablanca’ mode—’Nothing to see here,’ ‘everything’s fine,’ ‘they just want to suppress the vote.’ No. These are professional investigators,” Vos told the Sentinel.

Since the election is over, Vos said there’s no way to overturn the results in favor of former President Donald Trump.

“I think it’s unfortunate that the Legislature is using its resources to investigate what has already been thoroughly investigated, and it is my hope that instead they could work toward expanding opportunities and ease of voting for Wisconsin voters,” she said.

The Elections Commission didn’t immediately respond to a request by The Epoch Times for comment.