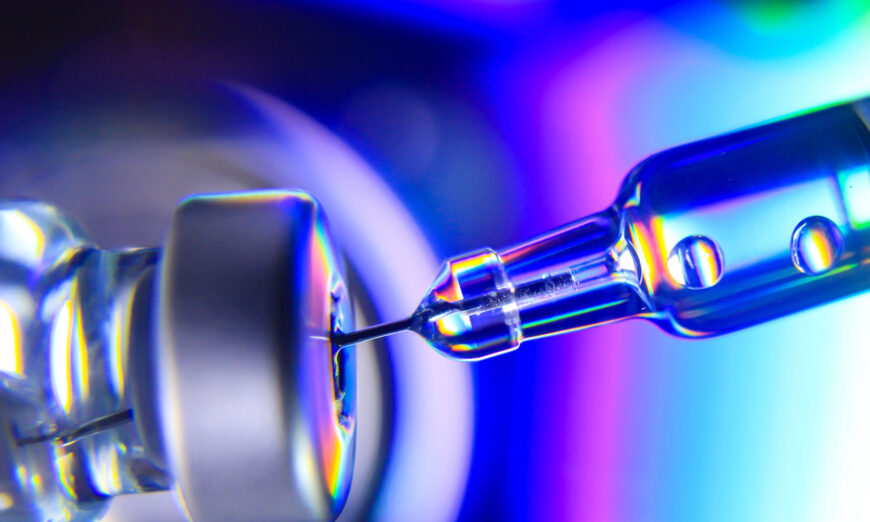 Brianne Dressen has never been infected with the SARS-CoV-2 virus. After she was given the AstraZeneca (AZ) vaccine in a clinical trial, she developed symptoms similar to those of long COVID. Her vision became blurry, she started to experience tinnitus, and “I felt like I had two seashells on my ears,” she said.

Her symptoms quickly worsened, with fluctuating heart rates, severe muscle weakness, and debilitating internal electric shocks. And she was also diagnosed by a doctor as having anxiety.

Dressen, who lives in Utah, used to be a kindergarten teacher and rock climber. However, after falling ill, she now spends most of her time in a dark room.

An article in the journal Science documents Dressen’s experience. The article suggests that vaccines may cause rare symptoms similar to those of a long COVID.

What does the term “long COVID” mean?

Generally speaking, the first 3 to 4 weeks of COVID-19 infection are the acute infection period, after which the symptoms gradually alleviate. However, some patients continue to suffer from old or new symptoms after this acute period, which can last for months or even over a year.

According to the Journal of the American Medical Association (JAMA), an average of 32 percent of the patients still have one or two symptoms and 55 percent have three or more symptoms 60 days after the first onset of COVID-19 symptoms.

These are known as post-COVID conditions, commonly called “long COVID.” It may affect multiple organs in the body and may cause systemic symptoms such as fatigue and fever. Statistics show that the most common symptoms of the long COVID are fatigue, difficulty breathing, joint pain, and chest pain. The chronic fatigue and lack of concentration that many people experience after a COVID-19 infection may also be the symptoms of the long COVID.

Half of the most common symptoms of COVID-19 are neurological and psychiatric symptoms, including memory problems, sleep disorders, brain fog, anxiety, depression, smell or taste disorders, dizziness, and headache.

The pathogenesis of the long COVID is still a mystery to scientists. However, scientists have been trying to analyze the characteristics of the virus and suggesting various possibilities for the formation mechanism of long COVID.

In an article published in the journal Nature Immunology, immunologists from the Icahn School of Medicine at Mount Sinai in New York suggested four possible causes for the development of the long COVID, including the persistence of the virus in the body; a defective immune response that deferred the inflammatory response; an immune response that attacks normal cells and causes autoimmune disease; and viral damages of the endothelium, which causes blood clots, resulting in cardiovascular health problems.

What is surprising, however, is that some people who did not contract COVID-19 but did get the vaccines also developed symptoms similar to that of long COVID.

According to the article published in Science, many clinicians and researchers are carefully avoiding talking about this issue. In response, William Murphy, an immunologist at the University of California, argues that “we should not be averse to adverse events” and that “to understand the vaccines is more important than just saying everything is safe.” Murphy also supports vaccination.

So what adverse events have the vaccines caused, and how are they similar to long COVID symptoms?

Three months after launching its COVID-19 vaccines, Pfizer had collected 42,086 adverse event reports (pdf), for a total of 158,893 adverse events.

Of all the adverse events reported, most are systemic problems, including fatigue and fever, followed by neurological problems as the second most frequent of the systemic disorders, which are a phenomenon similar to long COVID, and then followed by musculoskeletal, gastrointestinal, and respiratory problems.

When comparing long COVID symptoms with common vaccine adverse events, it is clear that there are significant similarities: they both involve multiple organs throughout the body, and their symptoms include breathing difficulties, brain fog, fatigue, sleep disorders, cardiovascular diseases, and autoimmune diseases, among others.

Why are there many similarities between vaccine-induced injuries and long COVID symptoms?

One of the likely causes is the spike protein. The COVID-19 vaccines stimulate the body in different ways by using the spike protein to boost the body’s immunity. The spike protein is like a key for the SARS-CoV-2 virus to enter human cells, and it is also the marker that allows immune cells to recognize the virus.

Murphy also suggests in the article that the pathological mechanism of the spike proteins in the body may explain the origin of the long COVID symptoms and some rare vaccine side effects.

COVID-19 infection is known to cause lung damage, and some people have experienced similar respiratory symptoms after vaccination.

In a study published in the American Journal of Physiology-Lung Cellular and Molecular Physiology, scholars from the University of Virginia instilled the S1 subunit of SARS-CoV-2 spike protein into the trachea of transgenic mice with ACE2 receptors. They discovered that the spike protein itself could cause acute lung injury even in the absence of intact viruses.

Next, the study analyzed bronchoalveolar lavage fluid and serum from the mice and found that spike protein caused a substantial increase in several inflammatory factors, including interleukin 6 and tumor necrosis factor α.

In addition to causing lung injury, spike proteins can also cause cardiovascular damage and increase the risk of heart disease.

In a study published in the journal Clinical Science, a team of translational medical researchers from the University of Bristol in the United Kingdom discovered the mechanism by which spike proteins damage the heart.

Spike proteins can independently cause a series of chain reactions in cardiac pericytes through CD147 receptors, including inflammation, vascular dysfunction, and ultimately heart disease. Cardiac pericytes play a critical role in regulating blood flow in the heart, and they express CD147 receptors in large amounts, more so than ACE2 receptors.

This conclusion coincides with that of another study published in the journal Circulation. This study surveyed 566 people and tested their PULS (the PULS Cardiac Test by Predictive Health Diagnostics Co.) scores 3 to 5 months before and 2 to 10 weeks after their second dose of mRNA vaccines. A PULS score can predict a person’s 5-year risk of developing acute coronary syndrome, which is a life-threatening heart disease.

The study found that after their second vaccine dose, the participants’ average PULS score increased from 11 percent before vaccination to 25 percent, more than doubling their risk of cardiovascular disease.

A study published in the journal Circulation Research found that the SARS-CoV-2 virus causes fragmentation of mitochondrial structures in cells.

Mitochondria are the energy supply factories of our human cells. The human brain, retina, heart, and skeletal muscle cells are rich in mitochondria, because they require a large supply of energy to ensure their normal physiological activities. If mitochondria are damaged, they cannot produce enough adenosine triphosphate (ATP) for cellular energy, causing fatigue, weakness, brain fog, and other symptoms.

Moreover, the SARS-CoV-2 virus can directly damage nerve cells, causing abnormalities, degeneration, and even death of these cells, which can further cause neurological problems in patients.

What Are the Differences Between COVID-19 Vaccines and the Virus’s Spike Proteins?

However, the roles played in the body by the spike proteins brought by vaccination and the infection are not exactly the same.

The vast majority COVID-19 infections are droplet-borne, and the virus enters the airways and lungs first, so the cells in the airways are the first to be infected. Infection causes the human cells to eventually lyse, releasing large numbers of new virus particles that enter the bloodstream.

The vaccines are injected into the muscles, with the deltoid muscle being the preferred injection site. Therefore, the spike protein does not enter the bloodstream first.

After a vaccine is injected into the muscle, a large portion of the remaining dose stays in the intercellular fluid and is excreted through the lymphatic system.

The lymph nodes are the main sites of the immune response. Therefore, vaccines have a greater impact on the immune system and are more likely to cause autoimmune disease, myocarditis, pericarditis, and neurological pathologies than spike proteins from vaccines.

The symptoms of a viral infection are systemic in nature, with the lungs being the most affected.

Although the negative effects of the SARS-CoV-2 virus on people’s physical and mental health are being increasingly studied, no effective pharmaceutical treatments have yet been found. So, in the face of the impact of the pandemic, it is important to take good care of our mental and physical health from a holistic approach.

There are many traditional health and fitness methods that can be used to improve the overall health of the body and mind, and we have previously shown you a few of them. We need to let go of old notions and try new things that are good for our bodies so that we can get out of the damage caused by the pandemic faster.