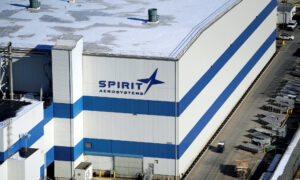 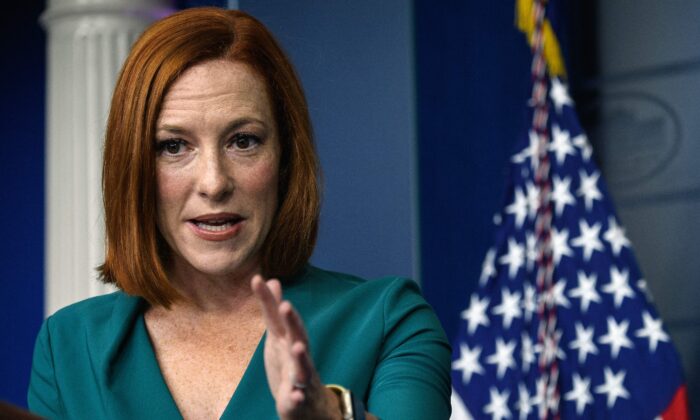 President Joe Biden’s executive order, announced Sept. 9, is set to require all workers at private businesses with 100 employees or more to be vaccinated against the CCP virus, which causes the disease COVID-19, or show a weekly negative test.

An Emergency Temporary Standard (ETS) from the Occupational Safety and Health Administration (OSHA) implementing the order is expected in the coming weeks.

In an act of opposition, Texas Gov. Greg Abbott issued his own executive order banning Texas businesses from requiring vaccines for employees, or customers.

And the Florida Department of Health released a list of businesses under investigation for requiring vaccination—a move in line with Florida Gov. Ron DeSantis’ threats to impose a $5,000 fine per violation to local governments, schools, and businesses that impose mandates.

“Over 700,000 American lives have been lost to COVID-19, including more than 56,000 in Florida and over 68,000 in Texas,” Psaki added. “Every leader should be focused on supporting efforts to save lives and end the pandemic. Why would you be taking steps that prevent the saving of lives, that make it more difficult to save lives across the country, or in any state.”

“We know that federal law overrides state law,” she said. “I would note that earlier when we put out our guidance on the president’s announcement about mandates several weeks ago, it made clear that … requirements are promulgated pursuant to federal law and supersede any contrary state, or local law or ordinance.”

At least one Texas law expert agrees with Psaki.

“I think that, yes, when OSHA promulgates [the ETS] it will preempt Abbot’s order to the extent that OSHA holds jurisdiction,” Professor of Law at the University of Texas at Austin Tom McGarity told The Epoch Times.

McGarity adds that while a number of Republican state attorneys general have vowed to challenge the temporary standard when it comes out, he thinks they will lose in court.

“My view is that it’s probably authorized by the Occupational Safety and Health Act, because I think that there is a grave danger in workplaces that is posed by COVID, and that’s what OSHA needs to find is there a grave danger,’ said McGarity.

The OSHA law on ETS states: “Under certain limited conditions, OSHA is authorized to set emergency temporary standards that take effect immediately and are in effect until superseded by a permanent standard. OSHA must determine that workers are in grave danger due to exposure to toxic substances, or agents, determined to be toxic, or physically harmful, or to new hazards and that an emergency standard is needed to protect them.”