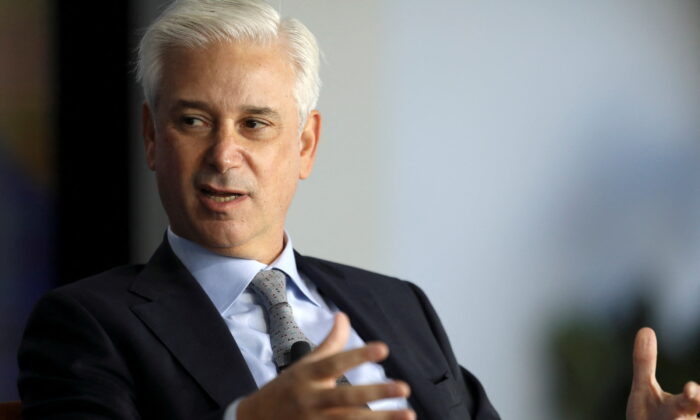 The CEO of Wells Fargo warned Tuesday that there is “no question” that the U.S. economy is going to get worse before it gets better.

“It’s going to be hard to avoid some kind of recession,” CEO Charles Scharf said during a Wall Street Journal event.

The Federal Reserve has already raised interest rates twice so far in 2022 in a bid to cool the economy to deal with rampant inflation. Federal data shows that inflation rose 8.3 percent from April 2021 to April 2022, reaching 40-year highs.

With the spike in interest rates and inflation, some analysts and economists have questioned whether the United States is careening toward a recession.

But Scharf, during the event, stressed that the recession will likely be only mild, noting that consumers are still spending at healthy levels.

“The fact that everyone is so strong going into this should hopefully provide a cushion such that whatever recession there is, if there is one, is short and not all that deep,” Scharf said.

Federal Reserve Chairman Jerome Powell said there may be some “pain” that is “associated” with higher interest rates, which would, according to him, reduce inflation and curb demand. Powell, however, said that there is no recession on the horizon, saying that strong labor markets and consumer spending are high points.

“It will be challenging, it won’t be easy. No one here thinks that it will be easy. Nonetheless, we think there are pathways … for us to get there,” Powell told the Marketplace business news website last week. “Whether we can execute a soft landing or not, it may actually depend on factors that we don’t control,” he added.

Powell said in the interview that price increases are, in part, due to supply chain issues, although he didn’t delve into specifics about why.

“What we can control is demand, we can’t really affect supply with our policies,” he told the website. “And supply is a big part of the story here. But more than that, there are huge events, geopolitical events going on around the world, that are going to play a very important role in the economy in the next year or so. So the question whether we can execute a soft landing or not, it may actually depend on factors that we don’t control.”