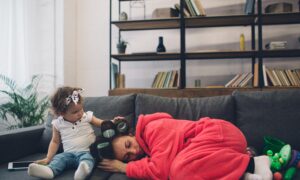 US Spending $1.2 Billion on Merck’s COVID-19 Treatment Is a ‘Waste of Taxpayers’ Money’: Doctor

A critical care doctor has said it’s a waste of taxpayers’ money for the U.S. government to purchase drug company Merck’s anti-viral treatment for COVID-19, if it’s approved by the Food and Drug Administration (FDA).

Dr. Pierre Kory, president and chief medical officer of the Front Line COVID-19 Critical Care Alliance (FLCCC), said there’s no reason for the Biden administration to “enrich Merck for a drug, which has already been the source of a whistleblower complaint, and which has already failed in hospitalized patients” when ivermectin, a “low cost, safe, widely available [drug that] has proven to work in many phases of the disease, not only as outpatients but inpatients” is ready to be distributed to Americans.

“And yet we plan on giving money to a drug company for a drug that is in no way going to surpass what we already have available right now and can use. That money should instead be given to supply ivermectin to the country,” Kory said in a video on June 14.

Health and Human Services (HHS) announced on June 9 that the Biden administration and Merck had entered into a $1.2 billion agreement for the pharmaceutical company to supply 1.7 million courses of molnupiravir, its COVID-19 anti-viral treatment, pending FDA approval or emergency use authorization (EUA).

Molnupiravir, also known as MK-4482, is an oral drug developed in collaboration with Ridgeback Biotherapeutics. It has the potential to inhibit “the replication of multiple RNA viruses including SARS-CoV-2,” and has “shown to be active in several models of SARS-CoV-2, including for prophylaxis, treatment, and prevention of transmission,” according to a statement by Merck.

SARS-CoV-2 is the scientific name for the CCP (Chinese Communist Party) virus that causes the disease COVID-19.

The drug’s potential to reduce the risk of death or hospitalization is being assessed in an ongoing phase three trial that plans to enroll 1,850 non-hospitalized patients with mild to moderate COVID-19. The final data is expected to be released as early as this fall.

However, a phase three trial to examine the drug in hospitalized patients was scrapped after findings from phase two showed molnupiravir was unlikely to demonstrate any clinical benefit.

A month prior to releasing its preliminary findings on molnupiravir, Merck released a statement in February 2021 against the use of ivermectin for COVID-19. The company had developed the drug in the 1980s and held a patent until 1996, and said the available data didn’t support the efficacy and safety of ivermectin beyond what the FDA had approved it for.

“I need to call attention to how disturbed I am at Merck,” Kory said, adding that the company “issued a statement that there was no evidence to support the efficacy of ivermectin.”

“They even called into question the safety of one of the safest drugs known in history. That statement was a lie. That was a lie, and it’s hurting patients and it’s caused an incalculable loss of life.”

Merck and the HHS did not respond to requests for comment.

Ivermectin is an FDA-approved anti-parasitic drug initially introduced for animals in 1981 before its widespread use in humans in 1987 to treat river blindness, lymphatic filariasis (a disease that causes severe swelling in the limbs), scabies, and head lice. It earned the title of wonder drug for its safety, efficacy, versatility, and global impact, with it being placed on the World Health Organization’s list of essential medicines.

Evidence has found that ivermectin also stops the replication of the CCP virus and suppresses inflammation through its anti-viral and anti-inflammation mechanisms, with over 30 randomized controlled trials showing an overall 64 percent improvement in prophylaxis and in all stages of COVID-19.

This prompted members of the FLCCC to incorporate ivermectin as a core medication in their “protocols for the prevention and treatment of COVID-19” in October 2020.

The FDA has not approved the use of ivermectin for COVID-19, saying that the drug “is not an anti-viral (a drug for treating viruses).”

The federal regulator didn’t reply to The Epoch Times’ inquiry about whether the EUA for all the COVID-19 vaccines would be terminated if molnupiravir was approved or issued emergency authorization.

According to the FDA’s guidance on EUAs, an unapproved medical product such as the vaccines may be granted authorization during a public health emergency only if “there are no adequate, approved, and available alternatives.”

Kory stated that areas that have adopted ivermectin into their COVID-19 treatment guidelines have seen a decrease in their COVID-19 case numbers and hospitalizations.

Mexico City implemented a home-care program to give out ivermectin kits to anyone who tested positive for COVID-19 and wanted to take the medication on Dec. 28, 2020, as the city dealt with rising cases and hospitalizations.

Ivermectin kits were distributed to almost 80,000 of the more than 200,000 patients who tested positive for COVID-19 between the end of November 2020 to January 2021, according to Trial Site News.

“Results showed up to 76 [percent] reduction in hospitalization in the group that was taking ivermectin,” according to the outlet.

Soon after Mexico City’s results came out, Mexico began mass distribution of ivermectin in the country toward the end of January 2021, despite the World Health Organization’s recommendation against the drug as a treatment for COVID-19.

If molnuvirapir gets approved by the FDA in the fall, the drug will be the second anti-viral treatment for COVID-19. Remdesivir was the first therapy approved in October 2020 for hospitalized patients.

More than 4,000 reports of serious adverse events and 1,390 cases of deaths from remdesivir have been made on the FDA’s Adverse Events Reporting System (FAERS) as of March 31, 2021.

For ivermectin, about 2,311 serious adverse reactions and 373 cases of deaths were submitted to FAERS between 1996 to March 2021.

FAERS is a tool that allows users to search for “data on adverse events reported to the FDA for many drug and biologic products.”