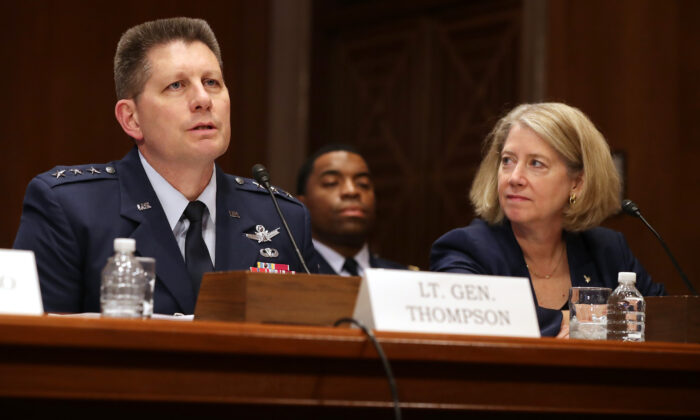 “The fact [is] that in essence, on average, they are building and fielding and updating their space capabilities at twice the rate we are,” Thompson said during a panel discussion at the Reagan National Defense Forum in California on Dec. 4. “If we don’t start accelerating our development and delivery capabilities, they will exceed us. And 2030 is not an unreasonable estimate.”

He said the United States is now in a “strategic competition with China” in many areas in space.

“I have no question that we’re fully capable of succeeding in this competition,” Thompson said.

This isn’t the first time a Pentagon official has warned about China’s advancement in space capabilities.

U.S. Air Force Secretary Frank Kendall said in September that China has the potential to strike targets on earth from space. He noted that Beijing could pursue a Soviet-era concept known as a “fractional orbital bombardment system” to guide its missiles to avoid missile defense systems.

During the Cold War, the Soviet Union developed the system to launch missiles with nuclear warheads into low Earth orbits before flying them to hit targets in the United States.

In April, Army Gen. James Dickinson, commander of U.S. Space Command, told a Senate hearing (pdf) how U.S. satellites could become vulnerable to China’s space technologies. One particular threat was posed by a Chinese satellite named Shijian-17 with a giant robotic arm, which could be “used in a future system for grappling other satellites,” Dickinson said.

“China also has multiple ground-based laser systems of varying power levels that could blind or damage satellite systems,” he said. “China will attempt to hold U.S. space assets at risk while using its own space capabilities to support its military objectives and overall national security goals.”

The Pentagon, in its annual report to Congress published in November, also highlighted China’s space and counterspace capabilities.

“The PRC [People’s Republic of China] continues to develop counterspace capabilities—including direct ascent, co-orbital, electronic warfare, and directed energy capabilities—that can contest or deny an adversary’s access to and operations in the space domain during a crisis or conflict,” the report reads.

One operational space technology in China’s arsenal is a ground-based anti-satellite (ASAT) missile, according to the report. In January 2007, China fired an anti-satellite missile against one of its inactive weather satellites, drawing international concern.

Also during the panel discussion, Thompson said he wasn’t surprised by China’s alleged test of hypersonic weapons over the summer, but said the test was a concern.

China allegedly tested two hypersonic weapons this summer, according to reports by Financial Times. The Chinese regime has denied that the tests took place.