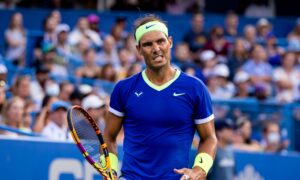 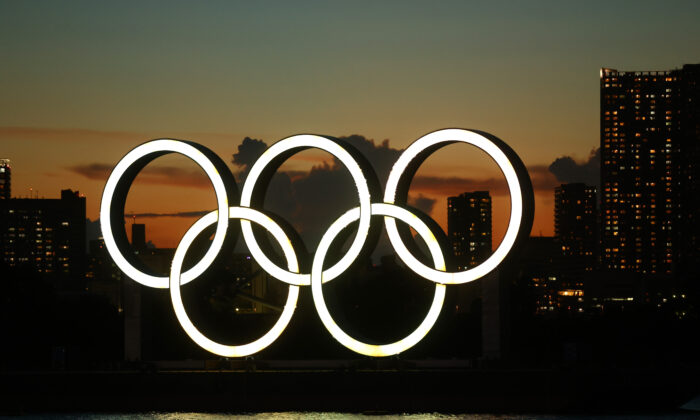 A general view of the Olympic rings installation and Rainbow Bridge as the sun sets on day twelve of the Tokyo 2020 Olympic Games at Odaiba Marine Park in Tokyo on Aug. 4, 2021. (Clive Rose/Getty Images)
Sports News

According to a statement, all staff members, athletes, and contractors have to be fully vaccinated against the CCP virus by the start of November.

The organization added that the measure will also be applied to “all Team USA delegation members or hopefuls for future Games,” who will have to show proof of vaccination by Dec. 1, or be granted an exemption as a condition of participation.

The United States is expected to send around 240 athletes to the Winter Olympics, though the mandate will impact anyone with hopes of making the final squad.

“The health and well-being of our Olympic and Paralympic community continue to be a top priority,” the organization said. “This step will increase our ability to create a safe and productive environment for Team USA athletes and staff, and allow us to restore consistency in planning, preparation, and optimal service to athletes.”

Staff members and athletes are permitted to submit a request for a medical or religious exemption, the USOPC said.

The International Olympic Committee (IOC) has been encouraging vaccines but did not require them for athletes who competed in the Summer Olympics in Tokyo, Japan.

With that guidance, most national Olympic committees, including the USOPC, followed suit by strongly recommending the vaccines but not requiring them. The IOC’s first “Playbook,” a booklet offering health-related and other guidance for the Winter Games, is due out next month.

Earlier this year, around 83 percent of the more than 600 American athletes who qualified for Tokyo got the shots in time for the Summer Games, according to the USOPC’s final count. The IOC estimated about 85 percent of all athletes in the Olympic village had been vaccinated.

There were some Americans, including golfer Bryson DeChambeau and swimmer Michael Andrew, who spoke openly about not receiving shots. Andrew said he had contracted the CCP virus previously and didn’t plan to get vaccinated.

The USOPC’s policy differs from those at other American sports organizations, including the NFL and NBA, which don’t yet have vaccine mandates.