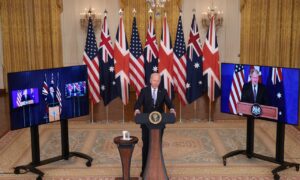 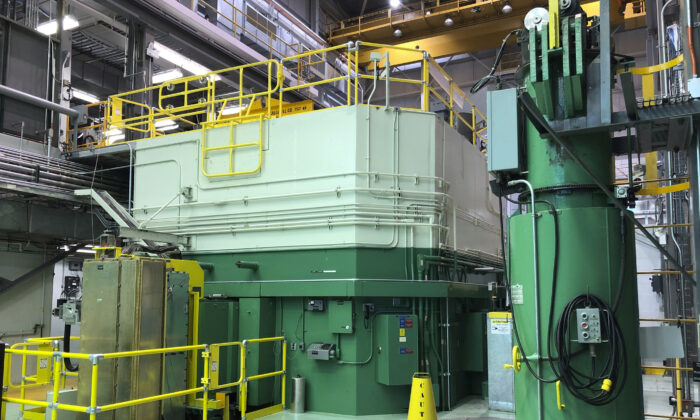 BOISE, Idaho—The U.S. Department of Defense is taking input on its plan to build an advanced mobile nuclear microreactor prototype at the Idaho National Laboratory in eastern Idaho.

The department began a 45-day comment period on Friday with the release of a draft environmental impact study evaluating alternatives for building and operating the microreactor that could produce 1 to 5 megawatts of power. The department’s energy needs are expected to increase, it said.

“A safe, small, transportable nuclear reactor would address this growing demand with a resilient, carbon-free energy source that would not add to the DoD’s fuel needs, while supporting mission-critical operations in remote and austere environments,” the Defense Department said.

The draft environmental impact statement cites President Joe Biden’s Jan. 27 executive order prioritizing climate change considerations in national security as another reason for pursuing microreactors. The draft document said alternative energy sources such as wind and solar were problematic because they are limited by location, weather, and available land area, and would require redundant power supplies.

The department said it uses 30 terawatt-hours of electricity per year and more than 10 million gallons of fuel per day. Powering bases using diesel generators strains operations and planning, the department said, and need is expected to grow during a transition to an electrical, non-tactical vehicle fleet. Thirty terawatt-hours is more energy than many small countries use in a year.

The department in the 314-page draft environmental impact statement said it wants to reduce reliance on local electric grids, which are highly vulnerable to prolonged outages from natural disasters, cyberattacks, domestic terrorism, and failure from lack of maintenance.

But critics say such microreactors could become targets themselves, including during transportation. Edwin Lyman, director of Nuclear Power Safety at the Union of Concerned Scientists, a nonprofit, said he questioned using microreactors at military bases either at home or abroad.

“In my view, these reactors could cause more logistical problems and risks to troops and property than they would solve problems,” he said. “And unless the Army is willing to spend what it would take to make them safe for use, especially in potential combat situations or foreign operating bases, then I think it’s probably unwise to deploy nuclear reactors in theaters of war without providing the protection they would need.”

He said the reactors would likely be vulnerable during transport.

“There is always going to be a way that an adversary can damage a nuclear reactor and cause dispersal of its nuclear content,” he said.

The Idaho National Laboratory is on the U.S. Department of Energy’s 890-square-mile site in high desert sagebrush steppe, about 50 miles west of Idaho Falls. All prototype reactor testing would take place on the Energy Department site.

The lab is considered the nation’s leading nuclear research lab, and has multiple facilities to aid in building and testing the microreactor.

The Defense Department said a final environmental impact statement and decision about how or whether to move forward is expected in early 2022.

If approved, preparing testing sites at the Idaho National Lab and then building and testing of the microreactor would take about three years.

The type of enriched uranium to be used can withstand high temperatures, “allowing for a reactor design that relies primarily on simple passive features and inherent physics to ensure safety,” the draft environmental impact statement states.

Building the mobile reactor and fuel fabrication would be done outside Idaho, and then shipped to the Idaho National Laboratory where the final assembly, fuel loading, and a demonstration of the reactor’s ability to operate would occur.

The department said the microreactor would be able to produce power within three days of delivery and can be safely removed in as few as seven days.