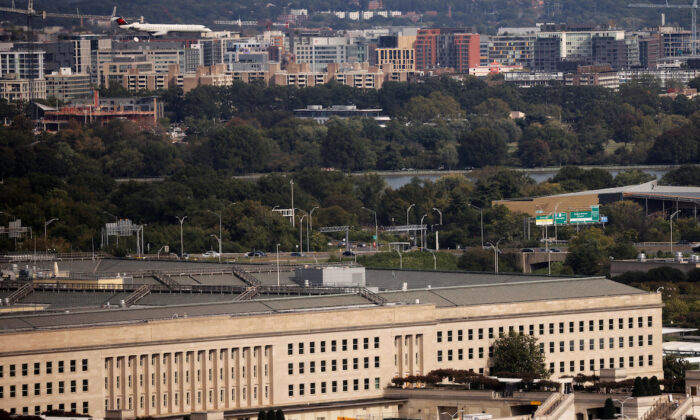 Iran-Backed Militia in Iraq, Syria Hit by US Air Strikes

The “defensive precision airstrikes” were carried out on facilities known to be used by “Iran-backed militias that are engaged in unmanned aerial vehicle (UAV) attacks against U.S. personnel and facilities in Iraq,” the Pentagon said in a statement.

The Defense Department didn’t disclose whether it believes anyone was killed or injured.

“The U.S. strikes targeted operational and weapons storage facilities at two locations in Syria and one location in Iraq, both of which lie close to the border between those countries,” the department stated, adding that several terrorist groups, including Kata’ib Hezbollah and Kata’ib Sayyid al-Shuhada, use the facilities.

The Pentagon said the actions show that the U.S. president stands ready to act to protect U.S. personnel, who are in Iraq at the invitation of the Iraqi government. U.S. and coalition forces have been fighting side by side with the Iraqi Security Forces in an effort to defeat ISIS.

“The United States took necessary, appropriate, and deliberate action designed to limit the risk of escalation—but also to send a clear and unambiguous deterrent message. As a matter of international law, the United States acted pursuant to its right of self-defense. The strikes were both necessary to address the threat and appropriately limited in scope. As a matter of domestic law, the president took this action pursuant to his Article II authority to protect U.S. personnel in Iraq,” the statement reads.

The strikes come amid tense times for the United States and the Iranian regime, which has been working to extend its influence into Iraqi politics and the Middle East more broadly. During the Trump administration, the United States killed the Iranian regime’s top military general Qassem Soleimani following attacks that Soleimani approved, using Iran-backed militia, on the U.S. Embassy in Baghdad, as well as numerous rocket attacks on U.S. and coalition forces in the area.

“Soleimani and his Quds Force were responsible for the deaths of hundreds of American and coalition service members and the wounding of thousands more,” the State Department stated at the time.

Iraq’s parliament has for many years been fractured among those in support of U.S. presence in the region and those more supportive of Iran’s Islamist regime, which has been increasing its influence in Iraq through militia groups that it says are also there to fight ISIS. The militias have long been accused of rocket fire against U.S. forces and of involvement in killing peaceful pro-democracy activists.

Earlier in June, Iraq released Iran-aligned militia commander Qasim Muslih—who was arrested in May on terrorism-related charges—after authorities found insufficient evidence against him.

The U.S. military carried out strikes with F-15 and F-16 aircraft, officials said, adding that the pilots made it back from the mission safely.

Biden ordered retaliatory strikes against Iran-backed militia in February after rocket attacks on U.S. personnel and facilities in Iraq.

The strikes came even as Biden’s administration is looking to potentially revive a 2015 nuclear deal with Iran. His critics say Iran can’t be trusted and point to the drone attacks as further evidence that Iran and its proxies will never accept a U.S. military presence in Iraq or Syria.

Biden and the White House declined to comment on the strikes on June 27.