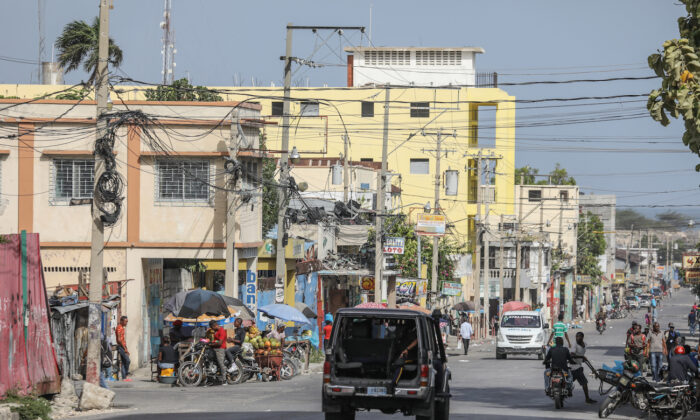 As many as 17 American missionaries, including women and children, were reportedly kidnapped in Haiti over the weekend, according to a message sent to several religious missions.

The missionaries were on their way home from building an orphanage when the incident occurred, the Ohio-based Christian Aid Ministries said in a message.

“The welfare and safety of U.S. citizens abroad is one of the highest priorities of the Department of State,” the spokesperson said in a statement, without offering additional comment. Department officials didn’t immediately respond to a request by The Epoch Times for comment.

The Washington Post and CNN first reported on the kidnapping.

Earlier this month, the United Nations Integrated Office in Haiti said that kidnappings have sharply risen in Haiti in recent months after the assassination of Haitian President Jovenel Moise and a 7.2 magnitude earthquake.

Helen La Lime, special representative and head of the United Nations Integrated Office in Haiti, said elections have been postponed again as “insecurity has become rampant in Port-au-Prince, as kidnappings are once again on the rise and gangs have extended their control over large swaths of the city.”

“Political turmoil, the surge in gang violence, deteriorating socioeconomic conditions—including food insecurity and malnutrition—all contribute to the worsening of the humanitarian situation,” the mission said in a recent report on the poverty-stricken Caribbean country. “An overstretched and under-resourced police force alone cannot address the security ills of Haiti.”

At least 328 kidnapping victims have been reported to Haiti’s National Police this year, an increase from 234 in all of 2020, according to the report.

The Department of State currently lists Haiti as a “do not travel” country, noting high crime, kidnappings, civil unrest, and COVID-19.

“Kidnapping is widespread and victims regularly include U.S. citizens,” the agency warns on its website. “Kidnappers may use sophisticated planning or take advantage of unplanned opportunities, and even convoys have been attacked.