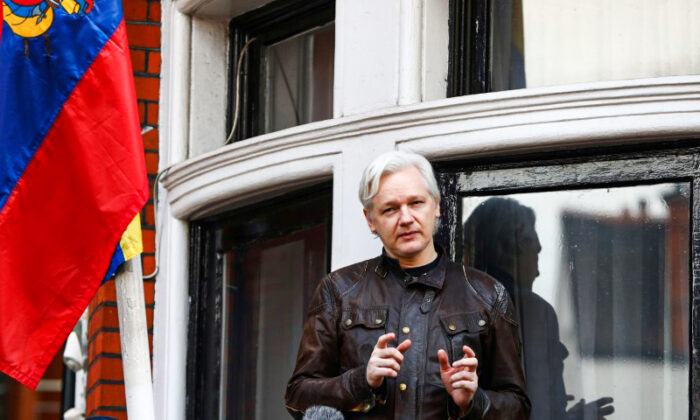 WikiLeaks founder Julian Assange speaks on the balcony of the Embassy of Ecuador in London, on May 19, 2017. (Neil Hall/Reuters)
UK

Britain’s top court on Monday refused WikiLeaks founder Julian Assange permission to appeal against a decision to extradite him to the U.S. to face spying charges.

The court said it refused because the case “didn’t raise an arguable point of law”.

The decision appears to exhaust Assange’s legal avenues in the U.K. to avoid a trial in the U.S. on a series of charges related to WikiLeaks’ publication of classified documents more than a decade ago.

But he could still seek to take his case to the European Court of Human Rights.