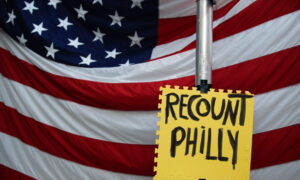 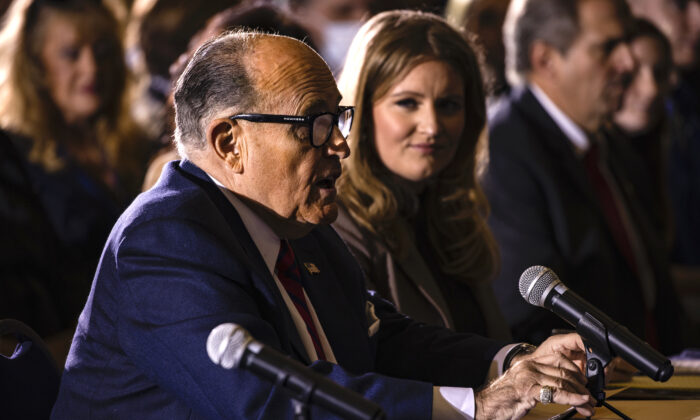 President Donald Trump’s legal team has called for the Pennsylvania state Senate not to certify the election results, potentially opening up a path for the GOP to send their own electors to the Electoral College.

“You are the best constitutionally-invested entity to do that,” said Trump lawyer Jenna Ellis at a GOP-held event in Gettysburg, Pennsylvania. “You have a variety of options in front of you.”

Ellis then suggested that the state legislature has “the constitutional authority and permission” to vote against certifying the election.

One possible avenue, she said, is to call for a special election. Ellis also suggested that “you can direct the manner of your electors … one option should not be to ignore it and certify a corrupted, irredeemably compromised election.”

It’s unclear at this point what the state Senate and House, which are both controlled by Republicans, will do at this point. The Electoral College meets to vote on the election on Dec. 14.

During the hearing, former New York City Mayor Rudy Giuliani, Trump’s attorney, alleged that nearly 700,000 votes in Pennsylvania should be thrown out.

Democratic Pennsylvania Lt. Gov. Fetterman asserted in an interview this week that Trump’s legal team hasn’t come up with enough evidence so far. “They have had over three weeks now to come up with anything concrete, and they haven’t. Where’s the voter fraud?” he said.

However, Trump’s team brought in several key witnesses during the hearing, including some who alleged they were intimidated or obstructed from watching polls in Philadelphia and other areas.

Justin Kweder, a certified poll observer, told the hearing that the “Philadelphia Board of Elections processed hundreds of thousands of mail-in ballots with zero civilian oversight or observation.”

Kweder noted that the poll workers were located about “10 feet to more than 200 feet away from us,” adding that he wasn’t able to observe or contest their practices as the vote-tabulation efforts went on.