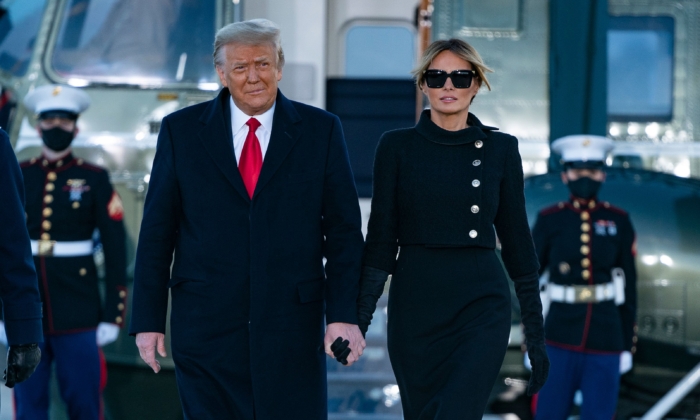 Former President Donald Trump told an advisor last week that he “would never” grant the Chinese Communist Party (CCP) a meeting in Anchorage, Alaska, like the one planned by the Biden administration for March 18.

According to Jason Miller, an advisor to Trump, the former president said that “he would make the Chinese come over to Washington to have the meeting.”

“The fact that Joe Biden is having his team meet in Anchorage and not in Washington shows that he’s already trying to be deferential to the Chinese. He’s already capitulating to the Chinese,” Miller told Newsmax on March 14.

“I spoke with President Trump about this last night and he said he would never go and do that,” Miller added.

Secretary of State Antony Blinken and National Security Advisor Jake Sullivan are scheduled to meet with the CCP’s top diplomats, Director of the Office of the Central Commission for Foreign Affairs Yang Jiechi and State Councilor Wang Yi, on March 18 in Anchorage, according to the State Department. The meeting with the Chinese will take place after Blinken’s trip to Japan and North Korea.

The South China Morning Post was the first to report that the Biden administration’s first meeting with China would take place in Alaska. Alaska is a geographical midway point between the continental United States and China.

Biden spoke with CCP leader Xi Jinping on Feb. 10. During the call, Biden called out the communist regime’s human rights abuses, unfair economic practices, and the crackdown in Hong Kong. Biden is “committed to pursuing practical, results-oriented engagements when it advances the interests of the American people and those of our allies,” according to a White House readout of the conversation.

During his first speech after leaving the White House, Trump criticized the Biden administration’s approach to China.

“Companies that leave America to create jobs in China and other countries that have ripped us off for years should not be rewarded. They should be tariffed, fined, and punished,” Trump said on Feb. 28 in Orlando, Florida.

“They should not be rewarded. That’s what the Biden administration is doing. But of course, as you know, they have a very close, personal relationship with China, so I don’t expect much to happen. It’s a shame because it really is a threat. It’s a tremendous economic threat.”