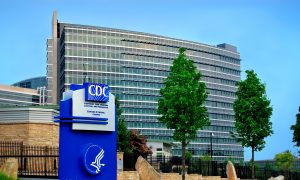 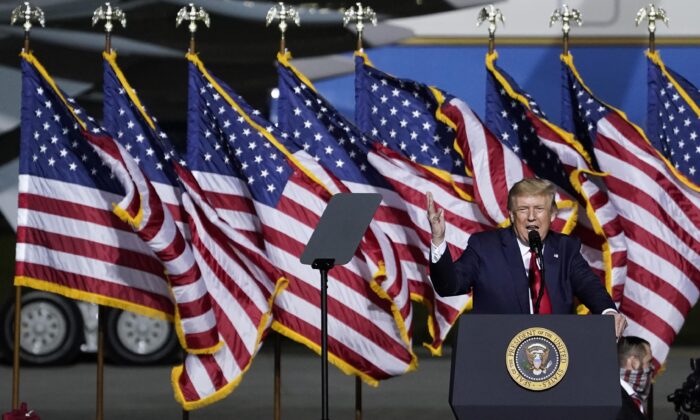 An executive order recently issued by President Donald Trump is poised to cause a major shift in the culture war over the soul of America. The Sept. 22 order bans federal agencies, contractors, subcontractors, and grantees from instructing their employees to follow the tenets of the critical race and critical gender theories.

The theories are based on the Marxist concept of “struggle,” pitting races and sexes against each other by labeling them “oppressors” and the “oppressed.” It then reinterprets society and history as being rooted in this “struggle.”

The theories have become the preferred creed of progressive intellectuals and have spread throughout academia, government institutions, public education, and the corporate world.

“It’s been a tremendously powerful narrative that has kind of embedded itself in our institutions and become, in essence, the default ideology of federal agencies,” said Christopher Rufo, director of the Discovery Institute’s Center on Wealth and Poverty, in a recent Epoch Times interview. “Even though nobody has voted on it, it’s never been passed through legislation, it has no kind of constitutional or popular support, and yet it’s taken over institutions.”

Rufo has been waging a one-man war against critical theory in American government. He’s repeatedly obtained documents showing the theory being pushed in various institutions. His discoveries were featured as examples in Trump’s order.

Employee trainings promulgating such “divisive concepts” lead to “race and sex stereotyping and scapegoating” and “have no place in programs and activities supported by Federal taxpayer dollars,” Trump’s order reads.

“All of this is contrary to the fundamental premises underpinning our Republic: that all individuals are created equal and should be allowed an equal opportunity under the law to pursue happiness and prosper based on individual merit.”

Critical race and gender theories, as understood today, emerged from progressive activism and academia in the 1990s by reimagining concepts of postmodernism and Marxism. Despite clashing with both conservative and classical liberal values, the theories gave birth to a burgeoning industry of consultants and speakers who get hired by corporations and government agencies around the country to train their employees on themes such as “implicit bias” and “white privilege.”

The trainings are supposed to promote “diversity and inclusion,” but research indicates they either have no effect on race relations or make them worse. The theories, however, include aggressive argumentation against criticism. Anybody reluctant to accept the ideology is accused of “white fragility,” racism, “internalized racism,” misogyny, and so on.

Training based on the theories can “use subtle coercive pressure to ensure conformity of viewpoint,” Trump’s order says.

Trump’s inclusion of contractors, subcontractors, and grantees into the order dramatically expands its effect.

Many large corporations take advantage of federal contracts, and the total number of contractors working for the government rose from about 3 million in 1996 to more than 4 million in 2017, Marketplace reported last year.

The order was praised by opponents of critical theory and denounced by its supporters.

“The language and construction of the EO is extremely good, and I offer my praise to its architects,” said James Lindsay, co-author of “Cynical Theories: How Activist Scholarship Made Everything about Race, Gender, and Identity―and Why This Harms Everybody.”

Several years ago, Lindsay, his co-author Helen Pluckrose, and philosophy scholar Peter Boghossian embarked on a journey of decoding and reverse engineering the ideology and jargon of critical theories. Based on their research, they produced a number of satirical academic papers and managed to get several of them accepted for publication in progressive academic journals. Lindsay now specializes in translating into common English the opaque language used by proponents of critical theories.

Lindsay warned, though, that the effectiveness of the order will depend on its implementation.

From Text to Practice

Proponents of the theories can stifle the order by “placing their people into administrative roles and twisting language/meanings,” he said.

The administration will have to find “highly competent” people “who can sift through the shifting, jargon-laden terminology with the ability to spot Critical Theory even when it’s hiding itself,” he said.

“It’s like having landed and taken the beach on D-Day. Lots more to do.”

Then there’s the bureaucratic hurdle.

The contractor side of the order only grows its teeth when translated into a Federal Acquisition Regulation (FAR) clause, said Christoph Mlinarchik, government contracts expert and author of “Government Contracts in Plain English.” Contracting officers then include the clause into federal contracts that will become binding for the contractors upon signature.

“The process of creating these FAR clauses (called ‘rulemaking’ or ‘promulgating regulations’) takes months or even years from the signature of laws or EOs, due to requirements for public notice and comment, as well as internal agency deliberations,” he told The Epoch Times via email.

“I personally participated in this process to create FAR clauses when I worked for an earlier Pentagon client, and each day, I scanned a list that included overdue FAR cases from years ago.”

However, there is a way to dodge the lengthy process.

The head of each federal agency has the seldom-used power to issue FAR “deviations” that create a new clause “in a matter of hours,” Mlinarchik said.

The Trump administration may use this method, given the upcoming elections, he said.

The order further directs the Department of Labor to set up a hotline where people can report allegations that a federal contractor is using critical theory training programs. That gives the order yet sharper teeth in forcing compliance.

One of the most important pieces is the order’s explicit language extending the rules to subcontractors. While hundreds of thousands of companies register for federal contracts, only a fraction of major corporations, such as Boeing and Raytheon, actually go through the trouble of signing them, given the administrative burden of compliance.

Federal subcontractors, on the other hand, represent a “gigantic” industry, Mlinarchik said. Only a portion of FAR clauses apply to subcontractors, making the job easier for them.

Based on the order’s language, the resulting FAR clause “will likely have explicit language directing the prime contractor to include the same clause in any and all subcontracts,” he said.

While the minutiae of the implementation remain unclear, the order has already made waves.

“Government prime contractors and subcontractors are most definitely taking President Trump’s EO seriously, because I’ve noticed a surge of discussions, questions, and concerns about compliance, both from my own clients and from my fellow consulting or attorney colleagues,” Mlinarchik said.

“Government contractors and subcontractors are on notice to review their training libraries and discontinue anything prohibited by President Trump’s EO.”

The order also asks the attorney general to “continue to assess” whether critical theory trainings contribute to a “hostile work environment.” The language carries significant legal weight because hostile work environment allegations can be used by employees to bring workplace discrimination lawsuits under the Title VII of the Civil Rights Act of 1964.

If the attorney general were to conclude that critical theory trainings indeed violate the statute, the mere risk of liability could spell the end of such trainings writ large.

Another part of the order says that no federal grant money should be used on critical theory trainings. However, it leaves it to the agency heads to decide on which grant programs the rules will be imposed.

The effect could be particularly strong on universities, which commonly accept federal grants while having their operations increasingly infused with critical theory.