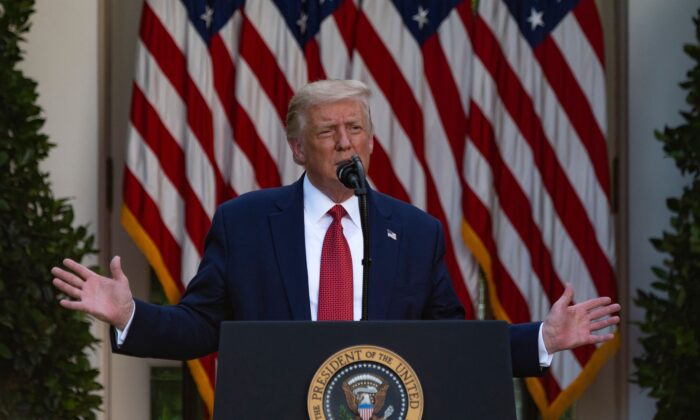 President Donald Trump gestures as he delivers a press conference in the Rose Garden of the White House in Washington on July 14, 2020. (Jim Watson/AFP via Getty Images)
By Isabel van Brugen