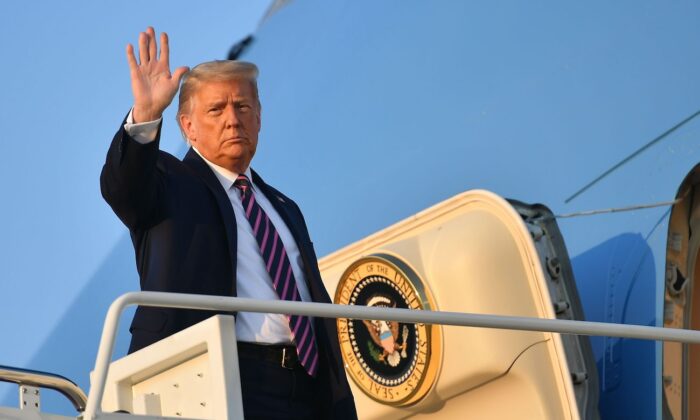 Trump Announces New Restrictions on Cuba, Including Travel and Cigars

President Donald Trump on Wednesday unveiled new restrictions on Cuban exports and barred Americans from staying at properties owned by the Cuban regime as he courts the Cuban-American voter bloc in Florida ahead of the November election.

“Today, as part of our continuing fight against communist oppression, I am announcing that the Treasury Department will prohibit U.S. travelers from staying at properties owned by the Cuban government,” Trump said at the White House. “We’re also further restricting the importation of alcohol and Cuban tobacco,” he added.

The event was intended to honor Bay of Pigs veterans and commemorating the 40th anniversary of the 1980 Mariel boatlift that sent 120,000 Cubans to South Florida.

Trump added that Wednesday’s “actions will ensure U.S. dollars do not fund the Cuban regime.”

The Treasury Department’s Office of Foreign Assets Control on Wednesday amended the Cuban Assets Control Regulations to prevent an American from lodging, paying for, or reserving lodging at properties that are owned by the Cuban Communist Party or family members of party officials. The agency announced 433 properties that were identified by the Department of State as being owned by the Cuban Communist Party officials.

The Treasury also imposed new curbs on imports of Cuban rum or cigars.

In his speech, Trump said he is a bulwark against communist or socialist regimes in Latin America, including Cuba, Venezuela, and Nicaragua. He also criticized the Obama administration’s efforts to normalize relations with the Cuban regime.

“The Obama-Biden administration made a weak, pathetic, one-sided deal with the Castro dictatorship that betrayed the Cuban people and enriched the communist regime. I canceled the Obama-Biden sellout to the Castro regime,” the president said.

“We will not lift sanctions until all political prisoners are freed, freedoms of assembly and expression are respected, all political parties are legalized and free elections are scheduled,” Trump added. “They will have to go through a lot but things are happening.”

Meanwhile, he said the Democratic Party is attempting to foster socialism or communism domestically.

“Today, we proclaim that America will never be a socialist or communist country,” Trump said.

Earlier this year, the Trump administration ordered Marriott International to wind down hotel operations in Communist-run Cuba. Starwood Hotels, now owned by Marriott, was the first U.S. hotel company to sign a deal with Cuba since the 1959 revolution amid the normalization of relations sought by former President Obama.

No Republican has won the presidency without Florida since Calvin Coolidge in 1924, and Trump will hold a rally in Jacksonville on Thursday.