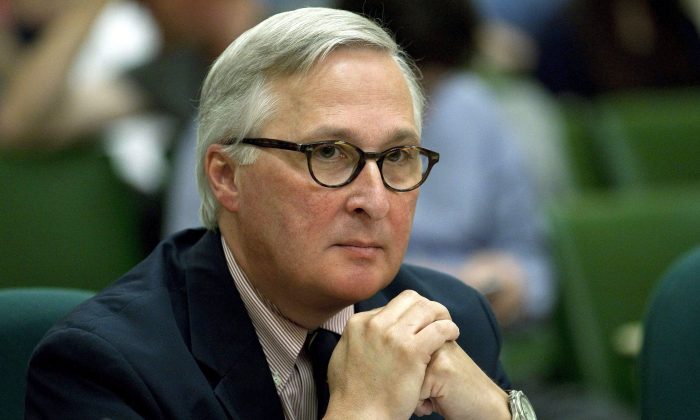 “I don’t think that attacking views is helpful by anybody—not by you, not by me, not by the prime minister,” said Fadden during a meeting of the Standing Committee on Public Safety examining the phenomena of ideologically motivated violent extremism.

Fadden had been asked by Conservative MP Raquel Dancho if Trudeau having said that people have “fringe unacceptable views” or are “misogynistic” can fuel extremism.

“You can disagree with them, that’s a different issue. But I think the prime minister went a little bit beyond that and I don’t think it was helpful, and it’s the sort of thing that reinforces the sense that they’re not being listened to,” he said.

During an interview on the French-language program La semaine des 4 Julie in September 2021, Trudeau questioned whether people who refuse vaccination against COVID-19 should be tolerated.

“They are extremists who don’t believe in science. They’re often misogynists, also often racists. It’s a small group that muscles in, and we have to make a choice in terms of leaders, in terms of the country. Do we tolerate these people?” he said.

In January, Trudeau called those about to protest vaccine mandates in Ottawa as part of the Freedom Convoy demonstration a “small fringe minority” with “unacceptable views.”

Fadden said he disagrees with most of the views expressed, presumably by anti-mandate protesters, but “that’s neither here nor there. We need to find some means of dialoguing.”

He also said the root causes of extremism need to be explored by the committee—not just the means to suppress extremism—pointing out that the feeling of alienation from society is an important factor.

“I think fundamentally what drives people to this sort of thing is the sense that they’re not being listened to. I mean, fundamentally, they come to the conclusion that the political structures that we have at various levels are ignoring them,” he said.

When asked by Dancho if exclusionary policies like mandatory vaccination could push people to extremism, Fadden said it can but he took position in favour of the mandates, citing the need to respect the rule of law.

“I don’t think you should be ostracized for [not submitting to the mandate], but if the law says you have to be vaccinated in circumstance X, Y, or Z, and you’re not, and the law provides for penalty, then you have to deal with the penalties,” he said.