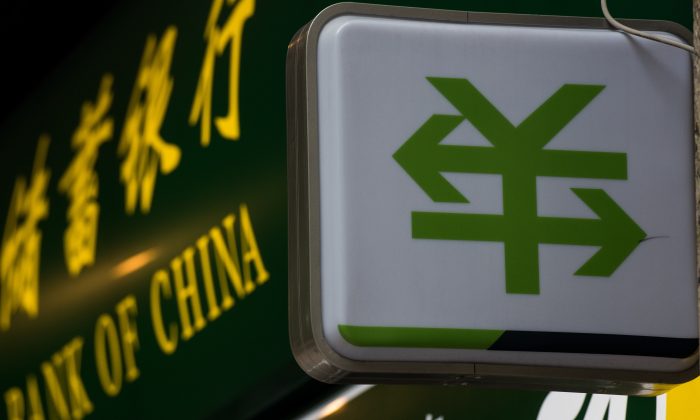 A Chinese yuan currency sign with two arrows through it, pictured outside a bank branch in Shanghai on August 13, 2015. (Johannes Eisele/AFP/Getty Images)
Thinking About China

The Risks of CCP China’s Digital Yuan Are Understated: Part I 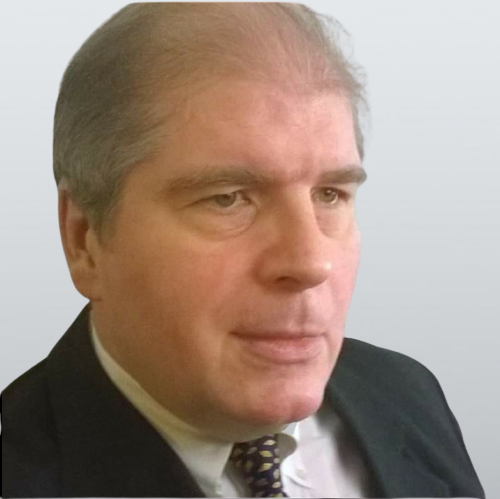 This is the first of a two-part article articulating the risks of CCP China’s new digital yuan, the e-CNY.

Part I details the risks to people and businesses in CCP China.

Part II addresses the geopolitical and geostrategic risks of the digital yuan to other nations and Western-style democracies.

GCHQ, the UK’s intelligence, security, and cyber agency, according to its website, recently warned of the dangers of CCP China’s new digital currency, the e-CNY.

In an interview with the Financial Times the week of Dec. 5, Sir Jeremy Fleming, the GCHQ chief said e-CNY “gives them the ability … to be able to exercise control over what is conducted on those digital currencies” and to “surveil transactions.”

In a July white paper from a Peoples’ Bank of China (PBOC) working group tasked to evaluate progress on the e-CNY, the authors talk about “managed anonymity,” an Orwellian phrase that they say “follows the principle of ‘anonymity for small value and traceable for high value.’” Then adds, “it is necessary to guard against the misuse of e-CNY in illegal and criminal activities, such as tele-fraud, internet gambling, money laundering, and tax evasion.” But PBOC has told the foreign Deutsche Banks that transactions between payers and payees can be anonymous.

The PBOC will treat the e-CNY as what economists call “M0” (M-zero), the measure of coin currency, physical paper, and central bank reserves. This is important because, as M0, it will effectively be the equivalent of cash in your pocket or purse. e-CNY will only be able to earn interest if it is deposited in one of CCP China’s state-owned banks.

Given the costs of printing, distributing, and protecting physical cash, one could safely assume that physical currency will ultimately disappear from CCP China, and PBOC cites those costs as a principal reason for adopting e-CNY.

That all seems relatively benign, but one would be naive to not question e-CNY given the CCP’s unrelenting efforts to surveil, control, and limit the freedoms and human rights of the people in China.

The irony of the PBOC advancing a Central Bank Digital Currency (or “CBDC”) is that CCP China already has a number of “private” (or as private as one can be under the jackboot of the CCP) fintech payment platforms like Alipay and WeChatPay.

So why is CCP China being a pathfinder on CBDC, fintech that a number of countries are pursuing? While, incidentally, prohibiting private cryptocurrencies like Bitcoin, Etherium, etc.

In a word, control.

In China, people will undoubtedly have their social credit scores linked to their spending. The CCP will be able to collect fines and penalties without due process; they’ll simply debit offenders’ e-CNY accounts by accessing their “wallets.” (A wallet is one’s private key code to access cryptos, but one can readily surmise that e-CNY wallets, which will be tied to CCP China-owned banks, won’t be private, despite PBOC assurances to the contrary.)

The e-CNY will also cow companies into submission. While the PBOC says it will “guard against the misuse of e-CNY in illegal and criminal activities,” make no mistake: if your business or the leadership of your business–or perhaps, an employee of your business–offends the CCP, be assured: your business will be denied access to revenues and will be blocked from being able to obtain e-CNY. If e-CNY becomes the predominant currency in CCP China, that means you are out of business unless you can survive in a barter economy.

As with Huawei, e-CNY will give the CCP greater ability to surveil, control, and, when beneficial, silence the Laobaixing or “old 100 names;” the common people of China who suffer under the Party’s obsessive denial of the personal freedoms that people who live in Western-style democracies take for granted.

Our Chinese friends who live under the thumb of the CCP should resist e-CNY by all available means: barter, scrip, or personal credit ledgers at the town or neighborhood level. While doing so will ultimately be hopeless, widespread resistance to e-CNY will help build opposition to the CCP and their fetish to know everything about everyone.

Advocates of freedom and free people around the world would applaud. And it might even make the CCP re-think its obsession.