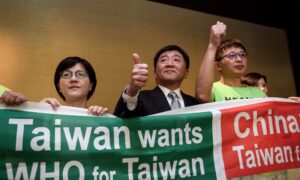 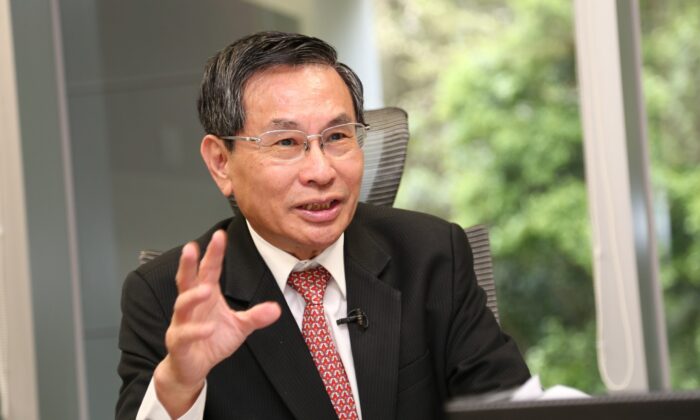 Not trusting the propaganda of authoritarian China and restricting travel to and from China early in the CCP virus pandemic have been key factors in Taiwan’s successful management of the pandemic, one of Taiwan’s top public health officials told The Epoch Times last week.

In an interview at Taipei’s iconic Grand Hotel, Dr. Twu Shiing-jer—chairman of Taiwan’s Development Center for Biotechnology, former health minister of Taiwan, and former director-general of Taiwan’s Centers for Disease Control and Prevention—shared insights into how Taiwan has been able to keep deaths due to COVID-19 below a total of 15 since the beginning of the pandemic.

Twu, who holds a Ph.D. in public health from the University of California–Los Angeles, and degrees in medicine and public health from National Taiwan University, stated that an objective skepticism of authoritarian China and its propaganda has helped democratic Taiwan defend against the CCP (Chinese Communist Party) virus, which causes the disease COVID-19.

“Taiwan knows that communist China always tells lies,” Twu said. “When they publish something, even if the World Health Organization says something that is according to mainland China, communist China, we don’t believe it. We just see the truth. [Regarding] if this is true or this is not true, what should we do? We just do it scientifically and not believe what they say.”

Twu, who was Taiwan’s Minister of Health in 2002 and 2003—during the SARS pandemic that originated in Guangdong, China—stated that the time that Taiwan took to effectively manage the SARS pandemic was “the shortest in the whole world” and that Taiwan’s experience in managing SARS “became the basis of success against COVID-19 now.”

He cited two slogans, in Mandarin, that he coined during the SARS pandemic as foundational for Taiwan’s COVID-19 management.

“We say, first, ‘Quick and expert epidemic prevention.’ The government is very fast, [and has] respected experts. And then, ‘All citizens move to safeguard public health,’” Dr. Twu said. “This means that our average people were activated to protect themselves and protect others. This is scientific. This is democracy. But in democracy, it is very difficult to ask people to cooperate with the government to do everything. … But Taiwanese people, almost everyone follows the regulations and government requirements, to put on masks, everything. From kindergarten to very old people.”

“China doesn’t like Taiwan, so they say that they prohibit Chinese people from going to Taiwan for tourism. … Because Tsai Ing-wen became the president [of Taiwan], they are not happy. They say, ‘Our people cannot go to Taiwan.’ We said, ‘Oh, thank you, fortunately, you don’t come here.’ … And after COVID-19 cases [appeared], we very quickly stopped our people from going to China,” Twu said.

“Our communications stopped very quickly because of this, so our epidemic is not so serious.”

Twu said that because China continues to block Taiwan, a democratic nation of 24 million people, from participating in the World Health Organization (WHO), Taiwan has become a particularly self-reliant nation when it comes to public health.

“Because we are not a member of the WHO, we always depend on ourselves only, and we know what is communist China. They all tell lies,” he said.

Authoritarian China also continues to block Taiwan from participating in the annual meeting of the World Health Assembly (WHA)—the decision-making body for the World Health Organization. This year’s WHA meeting is scheduled to begin later this month.

Twu stated that Taiwan should be allowed to join both the WHA and the WHO, and that Taiwan can help the world by sharing its expertise on pandemic management with other countries.

“Before, we tried to mention that if Taiwan cannot go into the WHO or the WHA, the meeting, it’s not good for Taiwanese people. Our right to health was broken. It’s not equal, not good,” he said. “But this year, we changed. Now, if you block Taiwan, you are not blocking Taiwanese health rights, you are blocking the health rights of the whole world. Now, Taiwan is not going in asking for help. Now, Taiwan is going to help other countries.

“This is what I told our Department of Foreign Affairs. We are not for us only, we are for the whole world.”