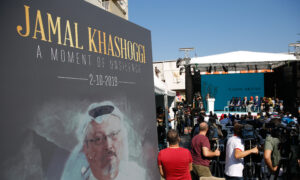 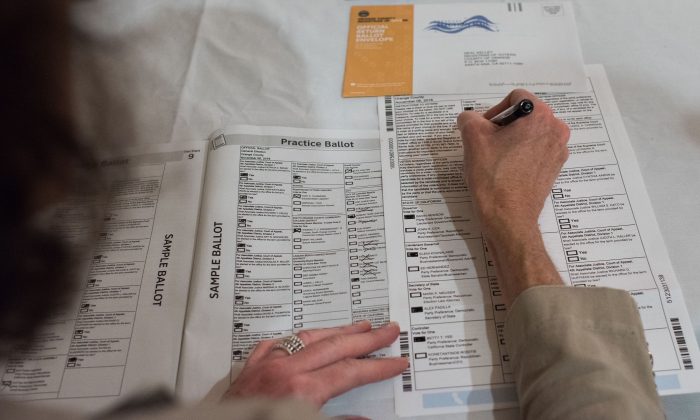 Some Californians who were listed as poll voters in county data were classified as voting by mail in state records for the June primary election. This could be a major concern for the state’s election process, nonprofit Election Integrity Project California (EIPCa) has stated.

The non-partisan volunteer group found that more than 97,000 voters in Los Angeles County alone who were classified as going to the polls in person were listed as voting by mail in state records.

The group believes a similar issue may have affected the November midterm elections.

“I don’t know if it’s a software glitch or something else,” Ellen Swensen, co-founder and chief analyst of EIPCa, told The Epoch Times.

“This may be related to provisional voting, but they should match. The bottom line is that illogical data differences like this prevent EIPCa from independently validating the results of our elections, and that should concern everybody.”

The differences between the individual voter records and official election results were remarkable, Swensen said.

“We were very shocked to see this data difference,” said Swensen. “My first question to my programmer was, ‘Are you sure you didn’t read it wrong?’ ”

EIPCa plans to compare the same kind of voter data for the November general election, likely for every county in California, and will release the results soon.

On Nov. 20, the Los Angeles County District Attorney’s Office announced charges against nine individuals for allegedly paying homeless people to sign voter registration forms and ballot petitions. The defendants were “accused of engaging in the solicitation of hundreds of false and/or forged signatures,” stated a press release.

EIPCa has also received an unprecedented number of witness statements, signed under penalty of perjury, describing a variety of problems observed during the state’s election process in 2018.

For example, Swensen said there was a “huge surge” in people with permanent vote-by-mail status who ended up going to the polls after they never received a ballot. Since they had no ballot to surrender, they had to use provisional ballots.

WHERE IS MY MAIL BALLOT LA COUNTY?

Additionally, when many long-time poll voters went to vote, they found “they had been changed to vote by mail without their consent,” said Swensen. However, many of them also did not receive a ballot in the mail.

“What happened to all those mail ballots? Where are they?” she said.

Swensen said at least hundreds of voters reported not receiving vote by mail ballots, which forced them to vote provisionally.

“So this surge in provisional voting caused long lines and chaos, and then a lot of people were worried that people didn’t vote because they just didn’t want to stand in the line. It was a disaster, a fiasco.”

Swensen strongly urged everyone to double check their own voter status and voting history on the California Secretary of State website and with their county elections office.

If any problems are found, Californians can report them to the EIPCa, and the group will record them in their database.

The EIPCa was founded in 2010 to help “defend the integrity of the voting process that protects our freedoms and way of life,” the group’s website states.