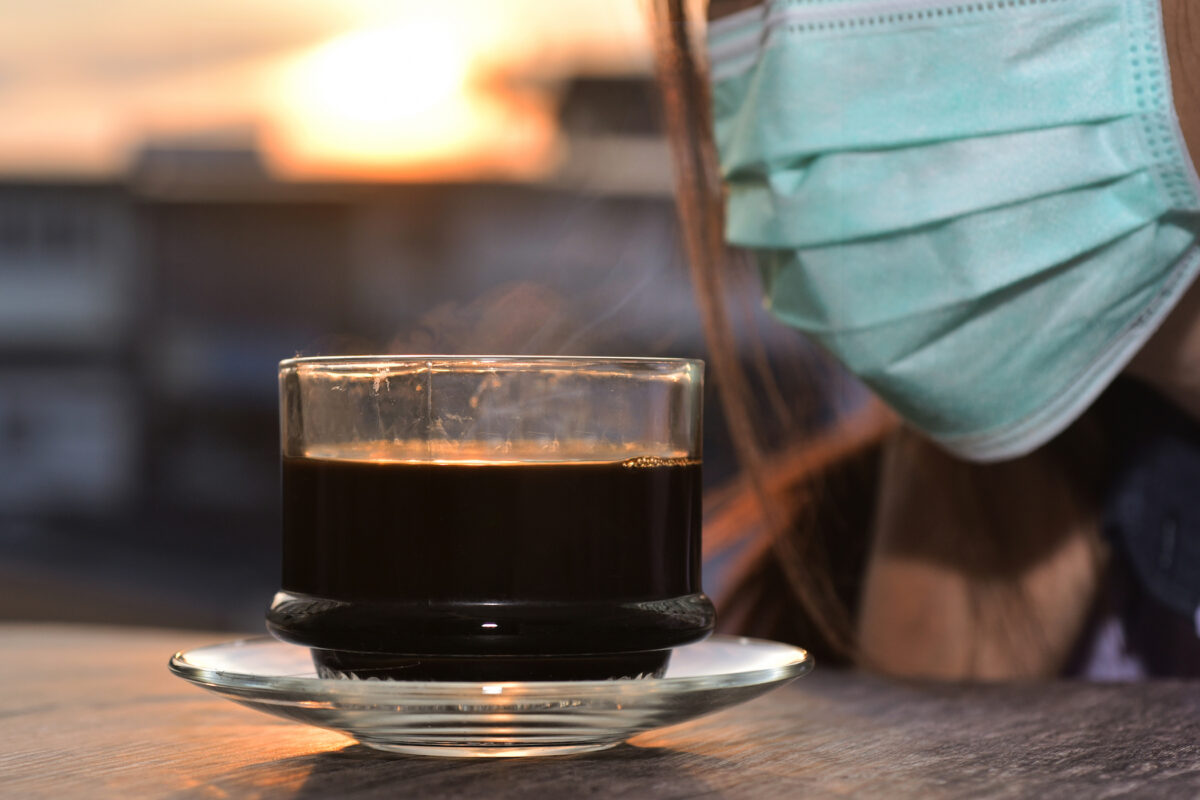 The Necessity of Smell, and How to Regain the Sense After COVID

Our sense of smell has a special role, unique connection to the brain
BY Conan Milner TIMEMarch 4, 2021 PRINT

Our ability to see, hear, touch, taste, and smell gives us five different ways to experience the world. But we prioritize some senses over others.

For most of us, sight is primary, then comes hearing. Smell is usually at the bottom of the list.

Our possessions may even top this innate sense. One survey asked 7,000 people between the ages of 16 and 30 to choose only two necessities from among a list of items: cosmetics, a car, passport, their phone, and their own sense of smell. About half chose to sacrifice smell.

Perhaps it’s because smell plays a rather minor role in modern life. Unlike our ancestors, few of us would be able to identify or interpret the subtle scents found in the wild.

Wendy Gardner, an aromatherapist in the United Kingdom, says smell may be our most primal sense. For example, newborns use scent to bond with their mothers. But Gardner believes we’ve lost a lot of the information that smell was meant to provide.

“We used it to find food, find our way home, avoid predators (think how stinky lions are in the zoo, yikes), to know when another human was a threat (fear releases a certain scent) or how to find a mate so that our combined genes had the best chance of survival,” Gardner said. “[Now] perfumes and aftershave cover up natural odors, so selecting a mate that way is tricky.”

We all have scents we enjoy and others we despise. For our ancestors, this sense was essential for survival. Today, smell has become almost trivial. One frivolous example is a marketing strategy called smell branding. Just as how a logo gives a company visual recognition, smell branding connects to consumers through the nose.

Customers exposed to a company scent have been shown to significantly increase their shopping time.

But last year, the sense of smell was reconnected to its survival roots.  With evidence that smell loss is a reliable sign of having caught COVID-19, many began monitoring this sense more closely.

COVID-19 isn’t the only ailment that leads to smell loss (also known as anosmia). A 2017 study from the Journal of the American Geriatrics Society found that a lack of smell ability in older adults of normal cognition consistently identified those who would suffer from Alzheimer’s disease later in life. Researchers are now developing a cheap and reliable diagnostic smell test (the target scent is peanut butter) to identify an early onset of the disease.

Smell loss is also associated with Parkinson’s and multiple sclerosis, suggesting a serious link between our smell ability and brain function. For COVID-19, however, loss of smell appears to be a rather minor symptom.

While we’ve all experienced temporary anosmia due to stuffiness during a cold or allergies, COVID-19 sufferers rarely report sinus congestion. According to an international team of researchers led by neuroscientists at Harvard Medical School, the cause for smell loss due to COVID-19 is complicated, but suggests it’s nothing to worry about.

Researchers identified certain cell types in the upper nasal cavity that are most vulnerable to infection by SARS-CoV-2, the virus that causes COVID-19. The sensory neurons that detect and transmit the sense of smell to the brain aren’t among the vulnerable cell types, but they do depend on the vulnerable cells to work.

According to Sandeep Robert Datta, a neurobiology professor at Harvard Medical School, this means that the damage that COVID-induced anosmia has on our body is minimal.

“I think it’s good news, because once the infection clears, olfactory neurons don’t appear to need to be replaced or rebuilt from scratch,” Datta said in a statement.

Thankfully, anosmia is the only symptom of this notorious contagion that many ever experience. For most, smell usually returns in a few weeks. However, a few lose their sense long-term.

For some, smell becomes warped. A large global survey from the Hebrew University of Jerusalem tracking smell and taste issues with COVID-19 from more than 4,000 patients finds that 6 percent of people report phantom smells. Seven percent report distorted smells.

When Florida resident Beth Reider, 65, caught COVID-19 in June 2020, she experienced all of the above. First, her sense disappeared. Then, she would smell phantom smoke. And finally, things began smelling really off. Reider’s sense of taste also became distorted, but she says smells were a bigger bother.

After a month, Reider’s sense was mostly back to normal. But she says, even today, two of her favorite foods, peppers and lettuce, still reek.

“The thing that bothers me most is the smell of romaine lettuce. It used to be that a little bit of salad dressing was enough, but now, I drown it,” Reider said, “because I have to mask that smell.”

If you develop a smell disorder, don’t fret. There are things you can do to turn it around. Reider says she got some relief using a popular home remedy from Ayurvedic medicine: placing drops of warm castor oil in her nostrils.

Research from the University of East Anglia in the United Kingdom offers another method. The study was conducted months before the pandemic, but it suggests that the disease’s smell malfunctions may also benefit from a sniffing exercise.

“It aims to help recovery based on neuroplasticity—the brain’s ability to reorganize itself to compensate for a change or injury,” Philpott said in a statement,

“We also found that older people, in particular, were more likely to start to recover their sense of smell,” Philpott said. “And that the biggest improvements happened in those that had lost the most amount of smell function in the first place.”

You don’t have to lose your sense of smell to appreciate it. But it can help to consider what kind of information can be gleaned from this special sense.

While dogs and elephants are known for their super-smelling abilities, human capacity for scent is still enormous. A study published in the journal Science found that humans can distinguish among 1 trillion different scents.

Smell gives color to our perception of taste. The tongue, of course, can sense flavors on its own. But if you’ve ever eaten anything during a sinus infection, you’ll recognize just how much scent brings to the table.

An even more profound feature of scent is how it can reach deep into our psyche. Sniff a crayon and you may suddenly be transported back to childhood. Or catch a whiff of a particular brand of laundry detergent and it could conjure a memory from more than 20 years ago.

People have noticed since ancient times that scent is tied to memory. Neuroscientists say it’s because the olfactory organs have a direct line to the limbic system, the part of the brain that processes emotion and memory. Smell is special because all the other senses must first be processed by the thalamus before the stimuli are sent to other parts of the brain for further interpretation.

These mechanics suggest that scent must be more than just a pleasure or a bother. We may no longer use it to find food or avoid predators, but Gardner says we still depend on this sense for healing and to keep us safe.

For example, the smells of nature have been shown to reduce psychological stress—think of the fresh smell of pine, the sleepy scent of lavender, or the calming aroma of a rainfall. And when it comes to survival—whether it be mold, a gas leak, or rancid peanuts—the ability to sniff out and identify these poisonous problems can protect the rest of the body from harm.