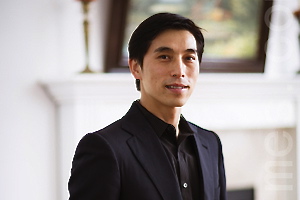 Chen Yung-chia is an associate company manager and choreographer for Shen Yun Performing Arts, known for its classical Chinese dance shows. On Aug. 22, he came back from work to find that his home had been broken into and ransacked.(Ai Dehua/Epoch Times)
China

A company manager and choreographer with Shen Yun, a U.S.-based performing arts company, reported having his home robbed last week. He suspects that agents acting on behalf of the Chinese communist regime may be behind it.

Chen Yung-chia is an associate company manager and choreographer for Shen Yun Performing Arts, known for its classical Chinese dance shows. On Aug. 22, he came back from work to find that his home had been broken into and ransacked. His bedroom was a mess.

“We immediately contacted the police. The intruders seemed to be professionals, as they left no fingerprints,” Chen wrote in a statement that was released to Chinese media, including the Epoch Times.

Valuables, such as cash, gold jewelry, and expensive watches were left untouched. What did go missing were four laptop computers and a DVD player.

“The intruders had a motive [other than simple robbery],” Chen said. “They came here thinking they could gather sensitive information about Shen Yun.”

Chen said that he has reported the case to the FBI.

Shen Yun performances, typically lasting two hours, feature classical Chinese dance pieces. According to its website, the show is aimed at presenting 5,000 years of traditional Chinese culture, which was suppressed under Communist rule.

For years Shen Yun has been a target of interference by the Communist Party’s diplomatic missions abroad, who try to intimidate theaters into canceling the show, and write letters to politicians demanding they not attend.

Shen Yun dance companies, which tour worldwide, are barred from performing in Mainland China. An incomplete list of incidents involving interference with Shen Yun’s shows, running back to 2007, can be found on the “Who’s afraid of Shen Yun?” blog, compiled by Leeshai Lemish, a master of ceremonies with Shen Yun Performing Arts.

Shen Yun appears to have roused the ire of the Party because of its independent presentation of Chinese culture, which the regime has sought to maintain strict control over in China, and because it is often hosted by Falun Dafa Associations as it travels around the world to perform.

Falun Dafa is a spiritual practice that has been actively persecuted by the Party for over 13 years. Shen Yun typically includes one or two acts that depict the persecution of Falun Gong (also known as Falun Dafa) in modern-day China.

Chen Yung-chia says that there is a fundamental conflict between the Chinese Communist Party’s (CCP) official ideology and the values that Shen Yun seeks to express.

“[The CCP] follows Marx and Lenin, not traditional culture, and as a result resorts to despicable methods to sabotage Shen Yun’s performances, harass its performers, and even plagiarize its intellectual property,” he said.