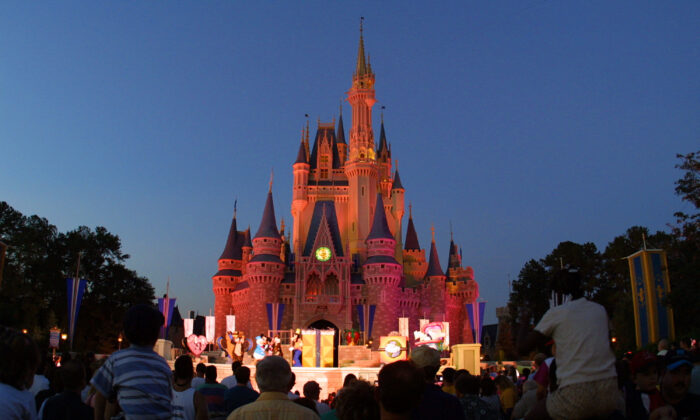 Remember the Evil Queen in Disney’s animated classic “Snow White and the Seven Dwarfs” (1937)? “Mirror, mirror, on the wall …” and all that? She was pretty scary—but not nearly as scary as what Disney is doing today.

It’s hard to conceive how twisted and immoral Disney Studios—where I once worked on two feature films—has become, but I’ll let the estimable Chris Rufo of City Journal explain what went on at one of the company’s meetings, dubbed the “Reimagine Tomorrow Conversation Series”:

“In a featured presentation at the meeting, executive producer Latoya Raveneau laid out Disney’s ideology in blunt terms. She said her team was implementing a ‘not-at-all-secret gay agenda’ and regularly ‘adding queerness’ to children’s programming. Another speaker, production coordinator Allen Martsch, said his team has created a ‘tracker’ to ensure that they are creating enough ‘canonical trans characters, canonical asexual characters, [and] canonical bisexual characters.’ Corporate president Karey Burke said she supported having ‘many, many, many LGBTQIA characters in our stories’ and reaffirmed the company’s pledge to make at least 50 percent of its on-screen characters sexual and racial minorities.”

Oh, good. And lest you think the theme parks will be spared, such fogeyish, discriminatory terms as “ladies,” “gentlemen,” “boys,” and “girls” are to be eliminated in favor of making family excursions to Anaheim and Orlando “magical and memorable for everyone,” evidently including 4-year-old transexuals.

One can imagine—“reimagine tomorrow,” in their parlance—that the nightly procession of Mickey, Minnie, Goofy, et al. that traditionally ended an evening at Disneyland will now resemble the annual Gay Pride Parade in West Hollywood or even the Fulton Street Fair that’s the highlight of San Francisco’s “Leather Pride Week.”

What’s going on here—other than the destruction of Western civilization as we knew it, leavened by a rather significant dollop of sickening child abuse?

Well, part of it is evidently rage at Florida Gov. Ron DeSantis’s new Parental Rights in Education Bill that’s called the “Anti-Gay Bill” by the braindead choir in the mainstream media (I even saw it in a supposedly neutral AP headline), although the words “gay” or “homosexual” aren’t mentioned even once in the legislation, which has the obvious intention that children only learn about sexuality of any kind in an age-appropriate manner.

We might add that while this is going on, education in our country, in general, is execrable. Our kids may be being force-fed some “woke” version of sexuality, but they sure aren’t learning much about reading and math.

Schools everywhere are giving up on the SATs. They might as well. The tests were already dumbed down and readjusted significantly about 20 years ago, when the average score, meant to be 500, had fallen into the low-400s.

As for Disney, it’s important to remember that this isn’t just a one-off collection of wokeys enjoying their minimal power at a secret meeting (with contents that are only known because of a leak, obviously for fear that it will be found out and that people will stop attending their offerings).

So that conversation at the “Reimagine Tomorrow Conversation Series” has ramifications for virtually every citizen on planet Earth, sooner or later.

We can only hope that its content will be trumpeted far and wide, because most parents, we can assume, would be appalled. Unless the company is truly self-destructive, it will have to stop.

One wonders too what Chinese leader Xi Jinping thinks of all this, if he does, at this point. (There are Disneylands in Shanghai and Hong Kong.) He probably is already having a laugh at all this woke nonsense, as is, undoubtedly, Russian President Vladimir Putin. If there ever were a sign of American weakness, this is it.

And finally, we wonder what old Walt would think. He had his issues, as we know. But he was creative and original, way more creative than these woke dorks. They couldn’t produce a film on the level of “Snow White and the Seven Dwarfs” or, for that matter, write a song as optimistic and beautiful as “When You Wish Upon a Star” to save their you know whats.

In fact, what they’re doing, the havoc they’re making, may ultimately be motivated by envy of that incredible artistry of the Hollywood and the Disney that was.