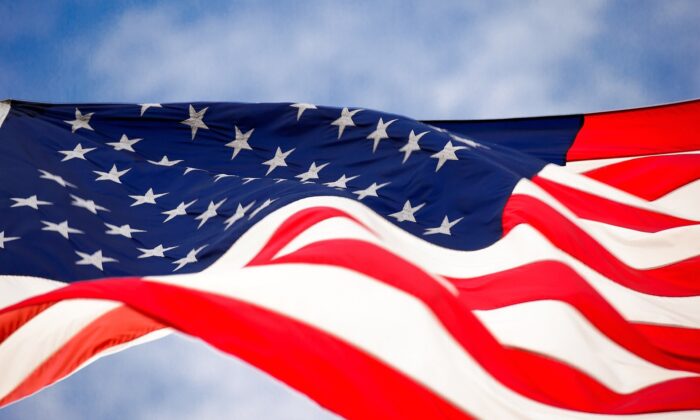 The American Civil War is often thought of as being the deciding historical factor putting to rest any future ambition of individual or groups of states wanting to secede from the union.

Well over a century later, the idea of secession appears far from settled in the minds of millions of Americans—Democrats and Republicans alike.

In fact, secession mindedness has been gaining ground following the 2016 and 2020 presidential elections, which showed the nation to be more politically divided than ever.

A newly released poll found that two-thirds (66 percent) of Republicans living in southern states, including Texas and Florida, would approve of seceding from the United States to join a union of southern states.

That number is up from 50 percent from a similar poll conducted earlier this year.

Among southern Democrats, 20 percent are in favor of breaking away and forming a new country, according to the latest poll by YouGov and Bright Line Watch of 2,750 Americans.

For Daniel Miller, president of the Texas Nationalist Movement, founded in 2005, the poll numbers are revealing but not surprising.

Similar polls conducted in the Lone Star State have also shown a willingness among Texans to leave the union and establish their own nation—a Texit, if you will.

“You look at the size of our movement—we are literally the largest political advocacy organization in the state” with over 400,000 members, Miller told The Epoch Times in a phone interview.

At the very core of the state’s secessionist movement is the belief that Texas is “past the breaking point” in terms of dealing with a liberal Washington establishment and its unfavorable policies regarding border control, immigration, culture, and finance, Miller said.

“We are being crushed by 180,000 pages of federal laws, rules and regulations every single day. What we want is a basic fundamental right of self-governance. Texans want to be able to create policies that can’t be overridden [by Washington politicians],” Miller said. “That is what this movement is all about.”

Throughout his speaking engagements, Miller said, “I couldn’t find anyone that would vote to join the union.”

Miller said Texas House Bill 1359 would have allowed Texans to vote in a referendum on the question of whether the state should leave the union and establish an independent republic. The bill died in committee.

In the aftermath, the Texas Nationalist Movement has been “quietly” recruiting secessionist-minded candidates to run in the 2022 primary.

The organization is also working to garner 80,000 signatures necessary to petition for a non-binding advisory ballot vote on the Texit proposal. The measure would need a simple majority to pass.

Miller, however, said it would be up to the newly configured legislature to “put the next steps in place for full withdrawal.”

“This is not a ‘mother may I?’ movement,” he said. “If the federal government needed a new motto, it’s ‘one size fits none.'”

The Calexit movement in California is another breakaway effort whose goal is to divide the rural portions of the state from the coastal and liberal bastions to create the 51st state.

In Arizona, the liberal-led Baja Arizona movement in 2011 sought to split the state into two separate states over the increasing partisan divide between the more conservative north and liberal southern areas.

The non-binding initiative failed to gather the required number of signatures to place the measure on the 2012 election ballot.

The Greater Idaho movement, for example, seeks a political merger of the rural eastern and southern counties in Oregon with neighboring conservative Idaho.

“After Trump was elected the first time, in January 2017 Oregonians submitted a petition to place secession from the U.S. on the state ballot, and were only convinced to retract the petition by death threats,” according to a Greater Idaho statement to The Epoch Times.

“One of our concerns is that after an economic depression, or after a more muscular Republican is elected president, conditions might deteriorate to the point that Oregon may choose to secede from the U.S. Eastern and southern Oregon certainly wouldn’t want to join northwestern Oregon in such an adventure, because our counties belong with Idaho.”

The Cascadia secession movement, which proposes a union of Oregon, Washington, and British Columbia in Canada as a single “bioregion,” in Oregon is broadly supported, and “held back by the ‘normalcy bias’ of people expecting the future to look like the present,” the Greater Idaho statement added.

“We admit that if the border of Oregon and Idaho were relocated as we propose, that northwestern Oregon would be more likely to be able to secede from the U.S., but that’s a chance we’re willing to take because our counties certainly don’t want to be stuck with [liberal] Portland.”

The organization added, “We are confident that we will convince Idaho to accept our counties. Congress usually approves interstate compacts approved by both blue and red state[s]. We expect that the chances of the Greater Idaho movement being successful [will] depend entirely on whether we are able to convince northwestern Oregon to let our counties go.”

According to Hans A. von Spakovsky, a senior legal fellow at The Heritage Foundation, which promotes conservative public policies, the question of state secession was settled by the Civil War.

However, while border realignments between states are within the realm of congressional approval, he said, “the practical difficulties are so great” that they are unlikely to occur.

Regarding state secession, “it’s not an area where we’ve been keeping our fingers” on recent activity, von Spakovsky said.

Such a “Vexit” measure would require the approval of both states’ legislatures. Howell added that the benefits of the proposal are many.

“You can elect every liberal you want and have the liberal utopia you want,” he said regarding the liberal counties in Virginia.

“There won’t be anybody standing in their way. This is a very serious offer to them. We have looked at the numbers. We want Virginia to make an actual request and hold a referendum in all counties [involved]. If they don’t make the ask, [the counties] have to be released from Virginia in some form.”

“You’ve got cities in the western part of Virginia saying, ‘We’re done with you,’” Howell added. “Is [Vexit] unlikely to happen? Probably. It’s a long shot, but the odds are not zero.”