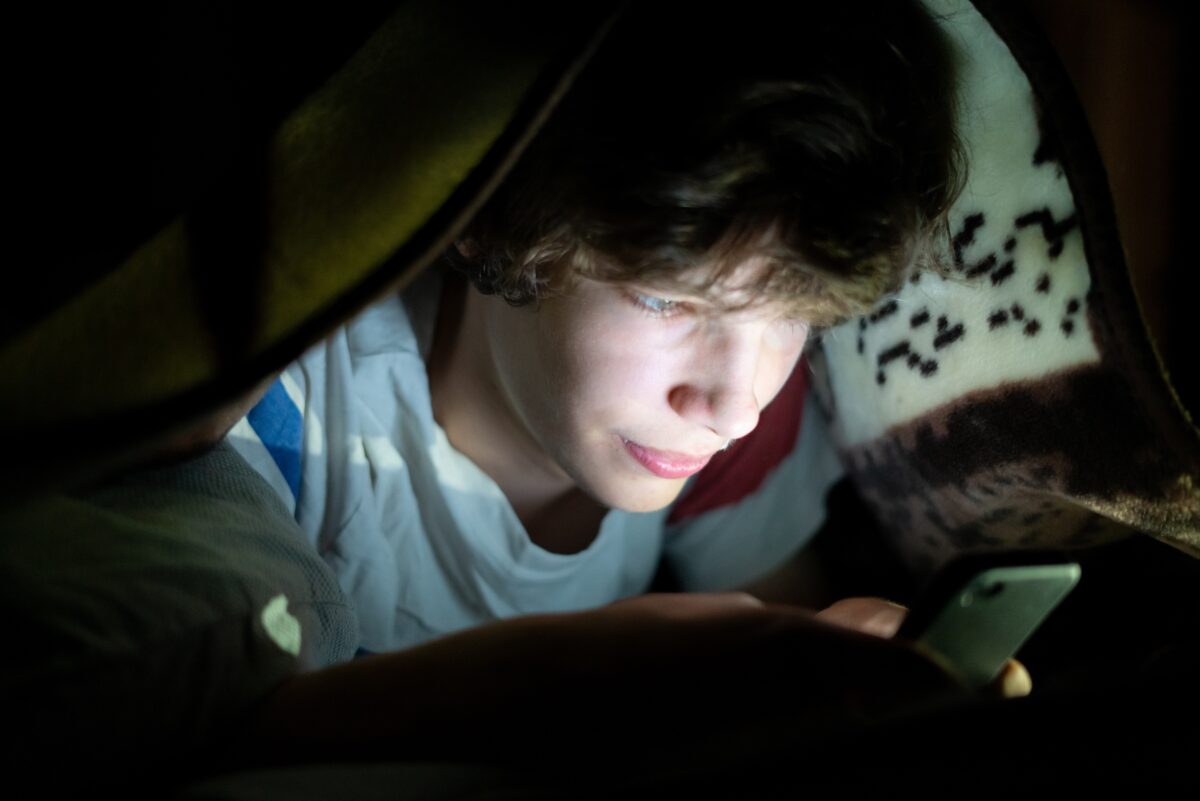 BY University of Oregon TIMEJune 27, 2021 PRINT

Middle schoolers who spend time on smartphones, laptops, and tablets in the hour before bed are likely to sleep poorly and be more tired the next day, a new study shows.

Researchers looked at the effects of screen time at bedtime among 345 children aged 12 to 14 over a six-month period.

They found that spending time on media devices before going to bed disrupted sleep and had a “bidirectional” effect such that poor sleep led to more bedtime media use.

“So it creates this vicious cycle where engaging in bedtime media use can result in poor quality sleep, which over time fuels more bedtime media use,” said Atika Khurana, an associate professor in the Counseling Psychology and Human Services Department at the University of Oregon and research scientist at the Prevention Science Institute.

“Just having access to screen-based media devices in bedrooms has been associated with poor sleep quality and quantity among adolescents,” which over time can result in difficulties with attention control, said Heather Leonard, a doctoral student and lead author of the paper in Sleep Health.

Access to devices was pervasive, with nearly 3 out of 4 seventh- and eighth-graders taking part in the study reporting exclusive access to a smartphone.

“That’s pretty high for middle schoolers, but consistent with national trends,” Khurana said. “And it’s tricky for parents to navigate this because of peer pressure.”

Adolescents with access to media devices in the bedroom are more likely to engage in bedtime media use, which can have a negative impact on their sleep and health, the study finds. The time spent scrolling or texting takes the place of time that otherwise might have been spent sleeping.

Watching videos or playing games might also overstimulate young brains when they should be winding down, as does the blue light of the devices. During the day, students who reported bedtime media use experienced more sleepiness and struggled to maintain attention.

The National Sleep Foundation and the American Academy of Pediatrics recommend eliminating screen time in the hour before going to bed. As for steps parents and guardians can take, Leonard said it helps to establish ground rules for logging on or using a phone and keeping media devices outside of bedrooms.

“I think in those younger years, you have a better chance as a parent to put down some ground rules and consistently enforce them,” Leonard said. “You have an opportunity to build good habits and establish healthy sleep hygiene early on that they’ll carry forward with them.”

Parents can also model healthy behaviors when it comes to using their smartphone or laptop, as well as sleep hygiene, the researchers say.

“If parents are going to be on their phones in the bedroom, then it’s hard to convince children that they shouldn’t do that,” Khurana said.

Sleep plays a critical role at that age. The potential long-term effects of poor sleep are wide-ranging, contributing to conditions such as chronic inflammation and obesity, among others. Understanding how modern interactive forms of media can affect adolescent health and behavior is an important area of research, Khurana said.