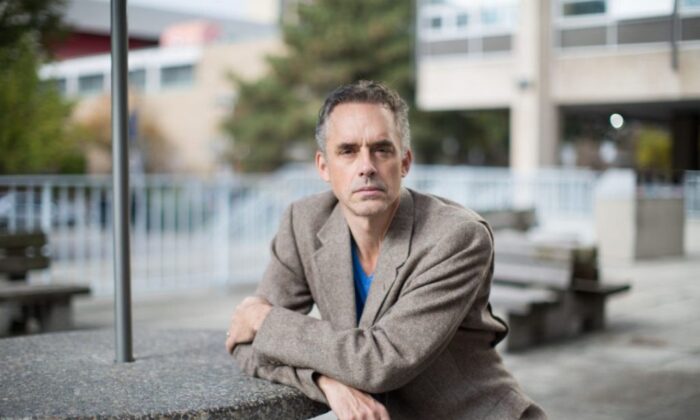 Cancel culture is a misnomer for the ages. If it is anything, it is first surely not a culture, but its very opposite and antithesis. An anti-culture, or a movement to suffocate and injure real culture.

Like many other pernicious practices, it comes out of the horrid womb of woke politics. Its mode of operation is simple and, alas, well known. When it was a mere toddler its operations were localized. Mainly it was kept behind the ivy-darkened walls of the modern university, nursed by all the laboured and ersatz “disciplines” of the various and hollow studies departments. It emerged from the fallow field of identity politics and found ready home in all the morbid “isms” of our time, and the shower of every multiplying “phobias.” I won’t list them. You know what they are, but all orbit around Planet Politically Correct, and all are empty.

The earliest demonstrations of the anti-intellectual cancel culture phenomenon usually revolved around bands of precious students ganging up to stop some speaker coming to a campus, under the ludicrous accusation that the particular speaker would “create an unsafe space.” That he or she would threaten to destabilize the hyper-ripe sensibilities of the various “marginalized” groups, force their “erasure” and buttress “hegemonic discourse and cis-heteronormative privilege,” this latter a piece of arcana known only to those who write and say such things. I have yet to meet a “cis-het” and it causes me no grief I have not.

It should be obvious that being a student at Yale or Harvard or Oxford, or others of near equal prestige, is to be among the most “privileged” and “entitled” young people in the world. The condemned speaker’s very presence on a campus was always characterized as threatening “harm,” or would make some “feel” uncomfortable or “trigger” traumas, or even expose “vulnerable students” to violence.

These claims might be appropriate for a threatened invasion, or some gang-swarm on a campus. But to haul them out as reasons to cancel a 20-minute talk from some mild (almost always) small-C conservative writer or commentator is pure garbage. To any adult such claims were screamingly obvious fictions, or if they were not fictions they were something even worse—willingly induced delusions. Mainly, however, cancellations and protests were just hard-left politics, an unsubtle and harsh reach to limit basic free speech, to muzzle any opinion their campus petty dictators didn’t wish aired, and more than a gesture to bring universities and their professors, by confected scandal and demonstrations, to the hard left’s grim and one-dimensional way of thinking.

Cancel culture has had an infection velocity any malign virus would envy. It has long since left the academy, found a great fortress within Twitter and online, and now patrols or attempts to patrol newspapers, television shows, Hollywood (which has supinely taken a knee to all its vacuous obsessions), and received warm welcome among corporations, Facebook, much of the professions, and even on a person-to-person level.

I’d like to do a full exposition of its imperial reach in this timid and regressive age, but instead I want to do a recount of one of its earlier and most famous episodes.

Once upon a time and in a place very near (from where I am bruising the laptop keyboard) in a province called Ontario and its oh-so-proudly tolerant and diverse city called Toronto, on the campus of its celebrated and eponymous University, there was a professor, a clinical psychologist. And his name was Jordan Peterson.

It was at the beginning of what history now calls the Pronoun Wars, denoted by one sage observer, and the greatest nightmare grammarians have ever endured, and sparked by the emergence of the “trans” movement. A concentrated account must suffice. Dr. Peterson, a near anonymous figure in those days, objected to the idea that he could be mandated to use any of the glittering array of new-fangled (and frankly ridiculous) bedspread of invented pronouns. It wasn’t that he would not, in some person-to-person contact, agree to use a new “pronoun” to a student who requested it. His objection came from deeper sources: that the concepts behind the practice emerged from a mode of politics he regarded as pernicious. He emphatically declared that as either professor or citizen he would never submit to “compelled speech.”

Skipping over much, a band of fevered students charged him with “transphobia”—not incidentally yet another term that has leaped into news and academic discourse, though you will not hear it much, even now, outside these progressive vaults. They interrupted Dr. Peterson’s lectures, assailed him with contempt and insult, harassed him when he attempted to argue his case, brought noise machines to drown him out, and asked—demanded—he be fired.

Now I must make a great jump, but as his story is well-known to many I think it permissible to do so.

The attempts to silence and ostracize Dr. Peterson failed in a divinely spectacular fashion. The woke, identity-politics mob—I’m going vernacular here—got its politically correct fat ass bitten as with the teeth of a monster crocodile. He ascended into fame with supersonic speed, wrote the book “12 Rules for Life” that sold millions, and became the most famous academic in the world—a heralded icon to masses of people grateful for his advice, his multitude of Biblical and other lectures, and his articulated defiance of the bullying tactics and ideology of left dogma.

They tried to smother Peterson, and even his own University of Toronto was complicit in the early effort. But to their woe and heartburn resentment, unwittingly fed him Grade A oxygen and launched him to undreamt of fame and access to a worldwide audience. They had attempted to crush a sparrow and lo, they set a dragon in flight against themselves.

Just over a couple of weeks ago, Dr. Peterson had something of a triumphal return to the United Kingdom, to the singularly prestigious universities of Cambridge and Oxford, where he gave lectures to crowded halls, spoke of their famous unions, and met and conversed with some of the world’s premier thinkers. And, most particularly the visit to Cambridge University was a conscious upending of his previous time there. He had been invited to stay awhile with the Divinity Department. Shamefully, like in Toronto previously, there was a demonstration, the usual dull, dumb, dastardly charges that he would make the students “unsafe” that he was toxic etc., etc., boringly etc.

On that occasion the university caved. Cancel culture made its inglorious demands and they caved.

But now here, three years after his campaign against woke culture in general and cancel culture in particular, awakened, or rather reawakened Cambridge to its academic conscience. It repented, its professors returned to the dignity of their calling and reinvited the noble Prof. Jordan Peterson, not least for leadership as a main campaigner for intellectual integrity, free speech, and his great labours as a winged dragon warring against the censors and bullies of political correctness and all the ilk thereof.

He returned in triumph to the very university that earlier feared to host him.

You may have read about his two-week tour of Cambridge and Oxford in American and UK newspapers, heard or seen news of it on various television programs in both countries. Curiously, two weeks of a Toronto professor, world-class speaker, million-seller author, given great welcome by two of the world’s highest and most historic academies, hardly stirred if it stirred at all the newsrooms of the city he calls home. Toronto is a very big city and a very small place.

Its currently most famous citizen and pre-eminent intellectual is celebrated almost everywhere but in the city of his home.

“A prophet is not…” You know the rest.