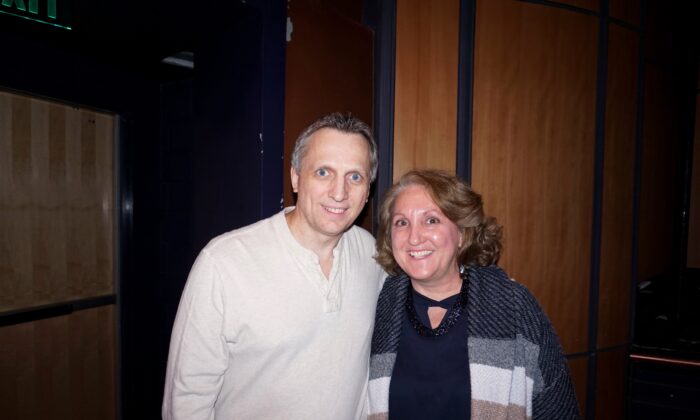 MESA, Arizona—Our childlike wonder brought us a different view of the world than we have now, but there’s more to the story of why we lost that amazement than simply age, says real estate investor, speaker, and podcaster Michelle Russell, after seeing Shen Yun Performing Arts. She believes it’s also because the myth and legend and tradition that we encountered when we were young disappeared from the world in the meantime.

But it’s high time it returns, which is why she praised New York-based Shen Yun and its efforts to revive authentic Chinese culture.

“[Shen Yun] is amazing,” she said after the performance at Mesa Arts Center’s Ikeda Theater in Arizona on March 14, 2020. “I was sitting there going, ‘Man, they should put this at Disney, like in Epcot Center or something, because the people would love to see that!’ I mean it’s so amazing. It’s stuff that you heard of when you were young and then it just disappeared.”

“I think all that tradition needs to be brought back or embraced and treasured and fermented so that … think of all the generations that have missed this.”

Shen Yun is a classical Chinese dance company based in New York with the mission of reviving China’s 5,000 years of traditions, spirituality, and enchantment.

“It’s fantastic. It’s really amazing,” Russell continued. “It’s beautiful. It’s, the music is wonderful … Some of the instruments, because I’ve never heard them before, I mean, they’re just amazing. I love the show! I love just watching [Shen Yun] and it’s like a, what would you say? It’s like, just beautiful. Like in every way—just all your senses, your hearing and your sight and just the feelings you get. [Shen Yun] is amazing, amazing.”

Russell described the dances that most stood out to her before explaining how profound Shen Yun’s cultural revival is in the context of the United States, China, and the world.

“I loved the water ones with the, where… the sleeves were really long. And then the lanterns—oh, my gosh—the lanterns were really cool. And the shoes that they were wearing. That one, was it that, the Manchurian one? With the shoes? Those were so cool! I was like, how in the heck did they walk on those? … there’s so many parts,” she said.

Her only regret was not bringing an extra guest.

“We were thinking of bringing our granddaughter and we thought, ‘Oh, it’s probably not something for her,’ and now I’m sitting here going, ‘Oh, I wish we brought her,’ and I’m like, next year we’ll definitely bring her,” Russell added.

Russell’s enthusiastic energy only grew as she elaborated on Shen Yun’s mission of reviving traditional Chinese culture despite ongoing devastation at the hands of the Chinese Communist Party (CCP).

“That’s amazing because, just having something that was trying to be pushed away so that, and it was almost extinct, and then they bring it back and revive it. History is so important, like in every culture,” she said.

“I mean, think about Americans. We’re so proud of where we come from … I think Americans especially love all the different cultures. We love being American, but we love taking a piece of our tradition with us and bringing it to life,” Russell said. “Culture, I think that’s so important.”

Shen Yun cannot perform in China, its homeland of cultural origin, because of the violent campaign by the CCP to wipe out China’s true culture and turn all faithful believers of heaven into atheists, the official belief system of communism.

“Even in China, that’s really sad. Can you, there’s people in China who have never seen this, like, in their whole lifetimes, because they were born after, you know, the communist [regime]… Can you imagine that? Never being able to embrace a piece that’s really part of you and not ever knowing it, you know, so it probably brings tears to people’s eyes when they see [Shen Yun]. They’re just like,” and Russell gasped, “‘That’s me!’ … So I love that.”