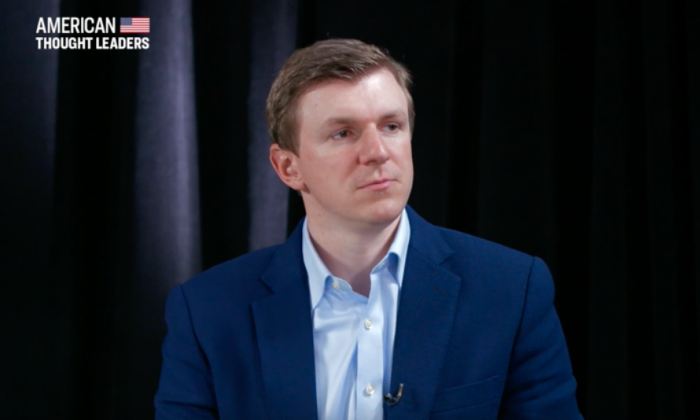 Twitter suspended the accounts of Veritas and its founder James O’Keefe around Feb. 11 after the right-leaning group posted a video of one of its reporters asking Facebook’s Vice President of Integrity, Guy Rosen, for a comment in front of his residence.

The Veritas video, which is still available on YouTube, shows Rosen being asked by O’Keefe about what Rosen said during a Jan. 7 internal Facebook meeting. Veritas obtained a recording of the meeting showing Rosen as saying the following:

“We have a system that is able to freeze commenting on threads in cases where our systems are detecting that there may be a thread that has hate speech or violence…these are all things we’ve built over the past three-four years as part of our investments into the integrity space our efforts to protect the election.”

When asked by O’Keefe what he meant by “freezing comments containing hate speech,” Rosen turns around, doesn’t respond, and walks on toward his home.

“How do you define hate speech? Is it just speech that you hate? Are you freezing your own comments now?” O’Keefe asks, seeing Rosen enter his home.

“Twitter claimed the video published private information, which is false,” O’Keefe said in a statement emailed to The Epoch Times.

The video briefly shows the street number on Rosen’s house and a light pole in front of it. It doesn’t show the street name or any other information regarding Rosen’s home address. Veritas blurred license plate numbers of cars in the video.

O’Keefe told The Epoch Times in a phone call that Veritas will blur the street number in the video, but questioned how this could qualify as grounds for account suspension since asking public figures for a comment in front of their residences has been standard journalistic practice.

In Veritas’s video response to the suspension, the street numbers are already blurred.

“This is nothing new from Twitter—just last fall Twitter CEO Jack Dorsey admitted in Congress his company’s decision to block the New York Post was erroneous while still demanding the Post kneel before them by deleting the tweet,” O’Keefe said in the release. “Here we go again—Twitter opting to delete news and demand fealty when their decision is dared to be questioned.”

O’Keefe was referring to Twitter’s suppressing a series of pre-election exposés by the New York Post on the dealings of Hunter Biden, son of then-candidate Joe Biden. Not only did the social media firm block users from linking to the story, but it also locked other accounts that attempted to do so. Among them were then-White House press secretary Kayleigh McEnany, the official account of the Trump campaign, and the New York Post.

“I will not kneel. Twitter is wrong. Let them kneel. Be Brave. Do Something,” he said.

Update: The article has been updated with response from a Twitter spokesperson.