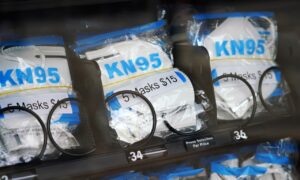 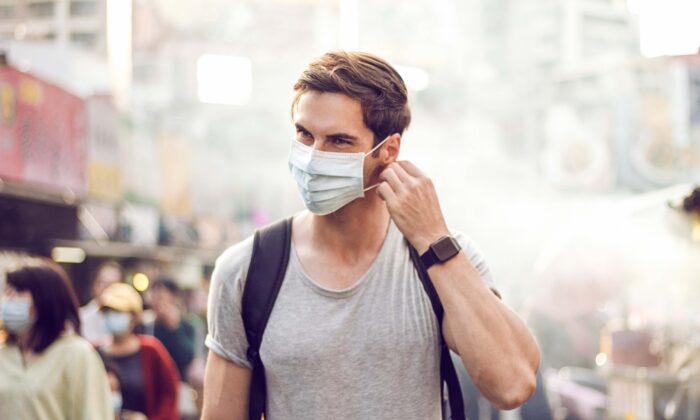 Masks must be worn properly and disposed of effectively if they are to have a good effect. (Ander5/Shutterstock)
Mind & Body

When health care workers wear surgical masks, there’s good evidence it limits the spread of respiratory viral infections in hospitals. But there is no clear evidence that surgical masks protect members of the public from getting or passing on these sorts of infections—most likely because of incorrect use. For cloth masks worn by the public, the picture is even murkier.

Surgical masks are made up of several layers of non-woven plastic and can effectively filter very small particles, such as droplets of SARS-CoV-2 (the virus that causes COVID-19). The masks typically contain an external waterproof layer and an internal absorbent layer.

Although masks made from scarves, T-shirts or other fabrics can’t provide the same level of protection and durability as surgical masks, they can block some of the large droplets exhaled by the wearer, hence protecting others from viral exposure. But their ability to filter droplets depends on their construction. Multi-layered cloth masks are better at filtering but harder to breathe through. And they become wetter quicker than single-layer masks.

The question we need to ask is not so much whether cloth masks offer as good a protection as surgical masks (we know that they don’t, and perhaps that’s fine), but whether there are serious unintended consequences of recommending their widespread use by members of the public.

When deciding if a safety measure is worth introducing at scale, it’s important to balance any benefits against potential harms. Here are four potential consequences that, unless mitigated against, could make things worse. Forewarned is forearmed.

First, what’s become known as the Peltzman effect suggests that introducing one safety measure, such as car seatbelts, may lead to other, compensatory risk behaviors, such as speeding. (If you perceive that your car is safer than usual, you might compensate for this by driving faster.) In the context of COVID-19, it has been argued that the wearing of a mask may make people feel safer, and hence minimize other protective behaviors we know to be effective, such as social distancing and regular hand washing.

Although we don’t have clear evidence that this is happening during the pandemic, a few studies conducted before the outbreak found that people did indeed have poorer hand hygiene when wearing a mask.

Second, masks may act as an extra transmission route or prompt other behavior that transmits the virus, such as regular face touching. To stop masks from being turned into alternative transmission routes, they need to be safely put on and taken off.

People touch their faces 15–23 times per hour on average—an itchy or poorly fitted mask may mean that people touch their eyes, nose, and mouth even more often. After touching your mask, there’s a risk that your hands have become contaminated, with the risk that you will then spread the virus to other surfaces, such as door handles, railings, or tables.

Researchers in the United Kingdom have calculated that if the entire UK population started using disposable masks daily, it would create a significant environmental hazard, namely 42,000 tonnes of potentially contaminated and unrecyclable plastic waste per year.

Most people will have noticed the increased littering of masks in community spaces, which may act as environmental and infection hazards. Reusable rather than disposable masks are therefore preferable.

To offer any protection, masks need to be worn correctly and consistently when in contact with other people. Most studies conducted so far—none of which were conducted during the current pandemic—didn’t explicitly look at the level of adherence to mask-wearing. Those that did reported variable adherence, ranging from “good” to “poor.”

It’s important to note, though, that the more severe a disease seems and the more susceptible people feel, the more likely they are to protect themselves during a pandemic. Given the high number of global infections and deaths, people may display greater than typical levels of adherence to mask-wearing during the pandemic.

National and international public health bodies now recommend that members of the public use masks in places where it’s difficult to maintain social distancing, such as on public transport. We strongly urge readers to carry on with good hand hygiene and social distancing, not touching their face and using reusable (rather than disposable) face coverings—and safely disposing of them at the end of their useful life.

Olga Perski is a research associate of behavioral science and health at UCL (University College London) in the UK and David Simons is a Ph.D. candidate for zoonotic infections at the Royal Veterinary College in the UK. This article is republished from The Conversation.