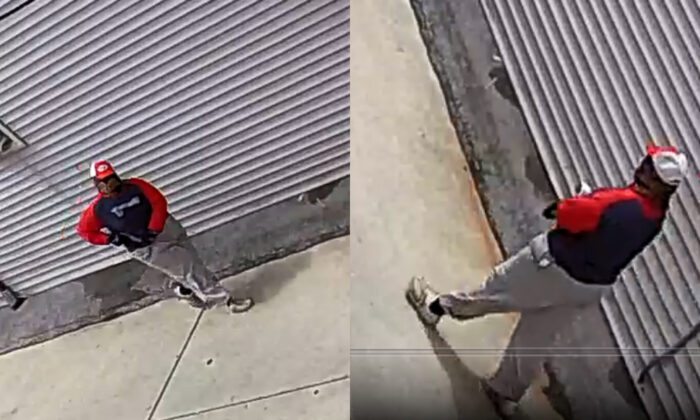 Police Release Images of Suspect in Murder of Trump Supporter

Trammell, 60, a supporter of Republican President Donald Trump, was killed in broad daylight.

The Milwaukee Police Department said it is seeking the public’s assistance in identifying the suspect.

The man also wore a black mask that was covering the lower portion of his face.

The man traveled to the shooting on a bicycle, police said. Two images showed the man riding the bike.

Anyone with information should call the Milwaukee Police Department at 414-935-7360 or Milwaukee Crime Stoppers at 414-224-TIPS where their tip can lead to a cash reward.

Because of Trammell’s open support for Trump, the Wisconsin Republican Party called for a federal probe into the murder, saying the killing may have been politically motivated.

“No American should fear for their personal safety because of where they live or their political affiliation,” Andrew Hitt, chairman of the party, said in a statement.

Rep. Tom Tiffany (R-Wis.) in Washington on Tuesday said he wasn’t sure whether the state’s attorney general or the mayor of Milwaukee were going to pursue “what appears to perhaps be a political execution.”

If city and state officials do not act, Attorney General William Barr told Tiffany that the federal government would look into the killing.