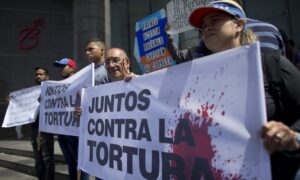 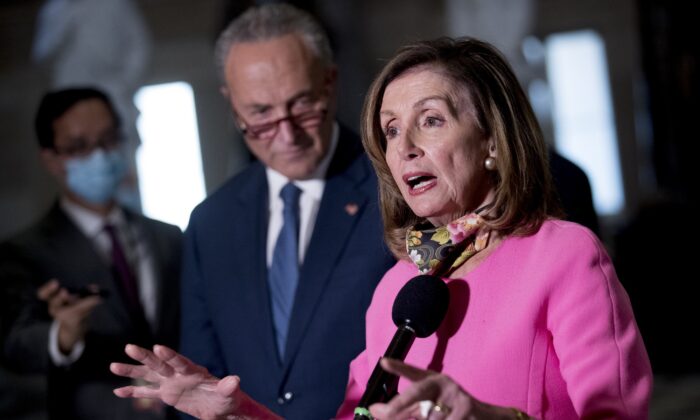 Pelosi ‘Hopeful’ on Stimulus as Negotiations Continue Into Weekend

House Speaker Nancy Pelosi (D-Calif.) “remains hopeful” that a stimulus deal can soon be struck with White House negotiators, according to her spokesperson, who cited some progress in talks over more CCP virus relief.

“The speaker remains hopeful that an agreement with the White House can be reached soon. As part of the negotiations, committee chairs have made some headway. Committees and staff will continue to work through the weekend,” spokesperson Drew Hammill said in a statement late Friday.

Hammill added that Pelosi and Secretary of the Treasury Steven Mnuchin would speak again “once additional progress is made” and that staff from both sides “continue to be in close contact.”

Mnuchin, too, held up the possibility of a deal with Pelosi, although he argued her refusal to compromise was behind the relief deadlock.

“We’ve offered compromises. The speaker on a number of issues has still dug in. If she wants to compromise, there will be a deal,” Mnuchin said.

“We’ve made lots of progress in lots of areas but there’s still some significant differences that we’re working on,” he added.

Pelosi, in an appearance on MSNBC on Friday, said in reference to her expectations for another relief bill, “I hope so,” and urged President Donald Trump to persuade Senate Republicans to support a large, multi-trillion package that GOP senators have been reluctant to back.

Trump on Friday accused Pelosi of holding out for funds unrelated to the CCP (Chinese Communist Party) virus outbreak and has previously railed against a relief bill that would contain what he called “bailouts” for badly run blue states.

“I actually think Nancy would rather wait until after the election. She thinks it’s a good point for the election but I think it’s against her because the American people know it’s her that’s stopping the money going to them,” Trump said Friday.

“Just don’t see any way Nancy Pelosi and Cryin’ Chuck Schumer will be willing to do what is right for our great American workers, or our wonderful USA itself, on Stimulus,” the president wrote on Oct. 21 on Twitter. “Their primary focus is BAILING OUT poorly run (and high crime) Democrat cities and states.”

Trump has said he could convince Senate Republicans to get onboard after a bipartisan deal is reached. Republicans in the Senate have introduced several smaller, targeted relief bills, which were blocked by Democrats holding out for a bigger, more comprehensive package.

Talks have made little progress since House Democrats passed the $3.3 trillion HEROES Act, which included nearly $1 trillion in state and local government funding, a major sticking point between the sides.

Sen. Steve Daines (R-Mont.), recently called Democrats’ insistence on state and local aid a “big bone of contention” and objected to the idea that some states with budget problems would be “bailed out” by others.

“We want to get something passed, but having Montana taxpayers bail out California and New York is not the right thing to do,” he said.

Democrats have lowered their demands for state and local aid to around $500 billion, while the White House has offered around half that. Other points of disagreement include the amount of federal unemployment benefits and business liability protections. The sides also diverge on the topline value of the relief bill, with White House chief of staff Mark Meadows saying Wednesday the Trump administration was now looking at around $1.9 trillion in relief, while Democrats continue to push for around $2.2 trillion.