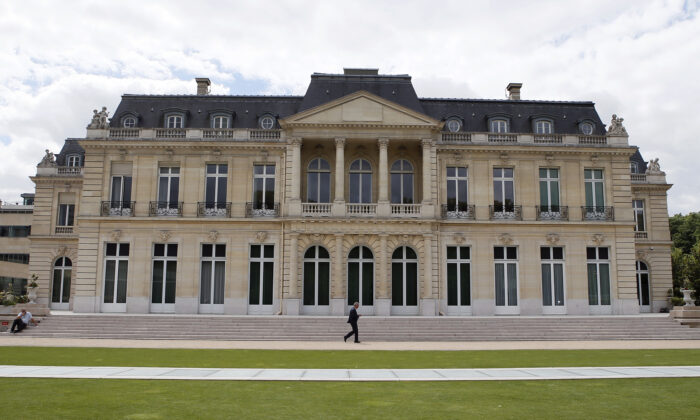 A group of 136 countries on Friday set a minimum global tax rate of 15 percent for big companies.

Negotiations have been going on for four years and while the costs of the coronavirus pandemic gave them additional impetus in recent months, a deal was only agreed upon when Ireland, Estonia, and Hungary dropped their opposition and signed up.

Moreover, the 15 percent floor agreed is well below a corporate tax rate that averages around 23.5 percent in industrialized countries.

“Establishing, for the first time in history, a strong global minimum tax will finally even the playing field for American workers and taxpayers, along with the rest of the world,” Biden said in a statement.

Out of the 140 countries involved, 136 supported the deal, with Kenya, Nigeria, Pakistan, and Sri Lanka abstaining for now.

The Paris-based Organisation for Economic Cooperation and Development (OECD), which has been leading the talks, said that the deal would cover 90 percent of the global economy.

But with the ink barely dry, some countries were already raising concerns about implementing the deal (pdf).

The Swiss finance ministry demanded in a statement that the interests of small economies be taken into account and said that the 2023 implementation date was impossible, while Poland, which has concerns over the impact on foreign investors, said it would keep working on the deal.

Central to the agreement is a minimum corporate tax rate of 15 percent and allowing governments to tax a greater share of foreign multinationals’ profits.

The OECD said that the minimum rate would see countries collect around $150 billion in new revenues annually while taxing rights on more than $125 billion of profit would be shifted to countries where big multinationals earn their income.

Ireland, Estonia, and Hungary, all low tax countries, dropped their objections this week as a compromise emerged on a deduction from the minimum rate for multinationals with real physical business activities abroad.

While Kenya, Nigeria, and Sri Lanka did not back a previous version of the deal, Pakistan’s abstention came as a surprise, one official briefed on the talks said. India also had qualms up to the last minute, but ultimately backed the deal, they added.

Companies with real assets and payrolls in a country can ensure some of their income avoids the new minimum tax rate. The level of the exemption tapers over a 10-year period.

The OECD said that the deal would next go to the Group of 20 economic powers to formally endorse at a finance ministers’ meeting in Washington on Oct. 13 and then on to a G-20 leaders summit at the end of the month in Rome for final approval.

There remains some question about the U.S. position, which depends in part on domestic tax reform negotiations in Congress.

Countries that back the deal are supposed to bring it onto their law books next year so that it can take effect from 2023, which many officials have said is extremely tight.

French Finance Minister Bruno Le Maire said Paris would use its European Union presidency during the first half of 2022 to translate the agreement into law across the 27-nation bloc.