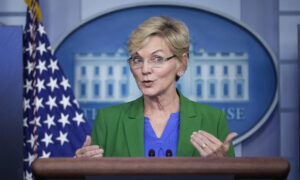 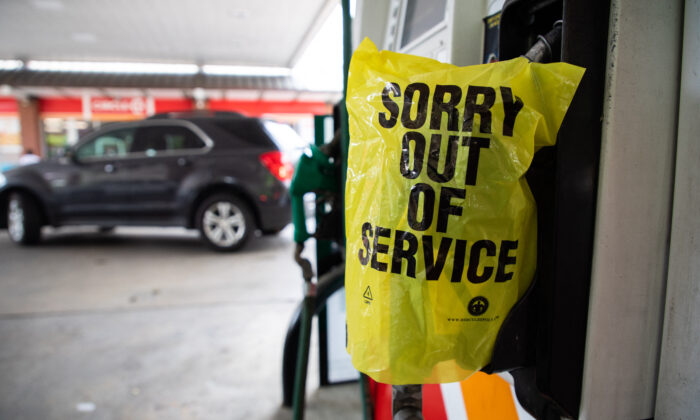 One in 4 Gas Stations in North Carolina out of Fuel: Tracker

About 25 percent of gasoline stations in North Carolina have run out of fuel as of Wednesday morning, as states from New Jersey to Florida suffer from a truck driver shortage combined with the fallout from a pipeline operator’s network being breached.

Some 24.8 percent of the 5,273 fuel stations in North Carolina were out of gas as of 6 a.m. Central Time, according to GasBuddy, a travel and navigation service that tracks prices and availability. That included 71 percent of stations in and around Charlotte.

That was the highest among states impacted by the Colonial Pipeline being taken offline as the company deals with a cyberattack. An already-existing shortage of truck drivers has made moving gas inventories to stations more difficult. As Americans rush to fill up their tanks, more and more stations are having to put bags over their pumps.

North Carolina Gov. Roy Cooper, along with multiple other governors, declared states of emergency to try to respond to the situation.

“Gas prices have skyrocketed, lines are forming all across the great state of North Carolina,” Rep. Madison Cawthorn (R-N.C.) said on the House of Representatives floor in Washington on Wednesday.

Metropolitan areas in the states have seen the most fuel shortages as people see lines at the pump and join them, Patrick De Haan, an analyst with GasBuddy, told The Epoch Times.

“Self-fulfilling prophecy—people see other people, they read about it, and everyone’s freaking out,” he said.

“Whereas smaller communities, they may not be on top of it. People are probably, they’re apparently driving around to/from work, they see gas lines and they think ‘oh man, I better get it, too.'”

Prices topped $3 a gallon this week, and are expected to increase further. Experts say the increase is driven by higher demand in the wake of the pipeline shutdown, including from consumers going on or preparing for summer vacations.

Colonial expects to get the bulk of its operations restored by the end of the week, with at least one major portion which runs between North Carolina and Maryland back online on Monday.

“Colonial Pipeline continues to make forward progress in our around-the-clock efforts to return our system to service, with additional laterals operating manually to deliver existing inventories to markets along the pipeline,” the company said in a Tuesday update.

It said it has delivered about 967,000 barrels, or 41 million gallons, to various delivery points including Baltimore, Maryland, and Charlotte, North Carolina.

In preparation for its pending system restart, it took delivery of an additional 2 million barrels from refineries to deploy.

“Our primary focus remains the safe and efficient restoration of service to our pipeline system, while minimizing disruption to our customers and all those who rely on Colonial Pipeline,” it added.

David Alexander, president of J.T. Alexander & Son, which distributes gas in the Carolinas, said on CNBC’s “Squawk Box” on Wednesday the company is still able to get fuel because terminals have gas left from Friday, but supply is starting to get low.

Many experts are calling for people not to panic-buy, saying that distribution problems should resolve in the near future.

“Just try to relax for a couple days,” De Haan said. “There’s really no reason why people need to rush out and fill their tank.”

The Colonial Pipeline went down in 2016 and the fuel issue that cropped up back then was quickly resolved, he added.

Correction: A previous version of this article inaccurately listed cities outside of North Carolina as part of the state. The Epoch Times regrets the error.