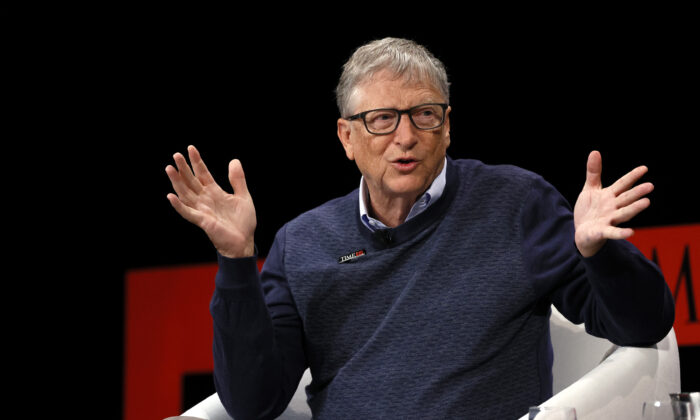 Tom Ozimek
Reporter
Tom Ozimek has a broad background in journalism, deposit insurance, marketing and communications, and adult education. The best writing advice he's ever heard is from Roy Peter Clark: 'Hit your target' and 'leave the best for last.'
View profile
Follow
and Eva Fu

Microsoft founder Bill Gates has won legal approval to buy a massive swath of prime North Dakota farmland over the objections of some local residents and questions about the legality of the purchase.

North Dakota’s attorney general, a Republican, cleared the sale on June 29 after finding that the Gates-controlled entity complies with a Depression-era law meant to protect family farms because the land is being leased back to farmers.

Red River Trust, a Texas-based organization controlled by Gates, in November bought some 2,100 acres of farmland in North Dakota, near the borders of Minnesota and Canada.

The move drew scrutiny from North Dakota’s top prosecutor in the context of possible non-compliance with laws that prohibit corporations or limited liability companies from owning farmland or ranchland but allow individual trusts to own the land if it is leased to farmers.

Attorney General Drew Wrigley looked into the land sale and on June 29 issued a letter saying the transaction complies with the anti-corporate farming law because the farmland is being leased back to farmers.

Matthew L. Thompson, an attorney at the North Dakota-based Vogel Law Firm who represents Red River Trust, confirmed Gates’ ownership in a letter responding to the inquiry from the attorney general’s office.

“Red River Trust is a trust established pursuant to the laws of the State of Washington. William H. Gates, III is its sole beneficiary,” Thompson wrote in a letter to Kerrie Helm, a paralegal in charge of corporate farming enforcement for the attorney general’s office, which The Epoch Times obtained.

In a June 29 letter obtained by The Epoch Times, Helm responded that after reviewing all the information, the office was satisfied that “Red River Trust’s current ownership and lease of the land to Campbell Farms, a General Partnership, is in compliance” with the law.

Besides legal questions, the land sale also sparked concerns about ultra-rich landowners who may not share the state’s values.

Gates is the fourth-richest man in the world, according to Forbes, and is America’s largest private owner of farmland.

“I’ve gotten a big earful on this from clear across the state, it’s not even from that neighborhood,” he told North Dakota TV station KFYR-TV. “Those people are upset, but there are others that are just livid about this.”

In a recent media interview, though, Wrigley appeared to downplay the issue, telling The Associated Press that he’s not sure “that it’s quite as volatile a situation as some have depicted.”

The issue has “taken off, it’s all over the planet, but it’s not me sticking a finger in the eye of Bill Gates. That’s not what this is.”

He added his office makes such corporate farming inquiries “as a matter of course.”

“It’s meant to get everybody up to speed on what the ownership arrangement is and what their intentions are for the land,” Wrigley said. “If it complies with state law, the matter goes forward. If not, they’re informed they’re going to have to divest of the land.”

Gates made his first public comment about his farmland investments in March 2021, during an “Ask Me Anything” session on the social media platform Reddit.

“Why are you buying so much farmland?” asked one Reddit user.

“My investment group chose to do this. It is not connected to climate,” Gates wrote in response.

“The agriculture sector is important. With more productive seeds we can avoid deforestation and help Africa deal with the climate difficulty they already face. It is unclear how cheap biofuels can be but if they are cheap it can solve the aviation and truck emissions,” Gates said.

Gary Hubbell, a real estate broker and accredited land consultant at United Country Ranch Properties in Colorado, said he sees “a lot of resentment and resistance to [Gates’] acquisitions.”

“Not to say that we don’t appreciate people who amass large holdings, because it’s an integral part of our business,” Hubbell told NTD. “But they are no longer really a part of the community, and it seems that Bill Gates, his goals are contrary to many of the established practices and traditions of those communities.”

Gates sparked controversy when he suggested that consumers in wealthy countries should ditch beef and instead switch to “synthetic beef” in an effort to fight climate change.