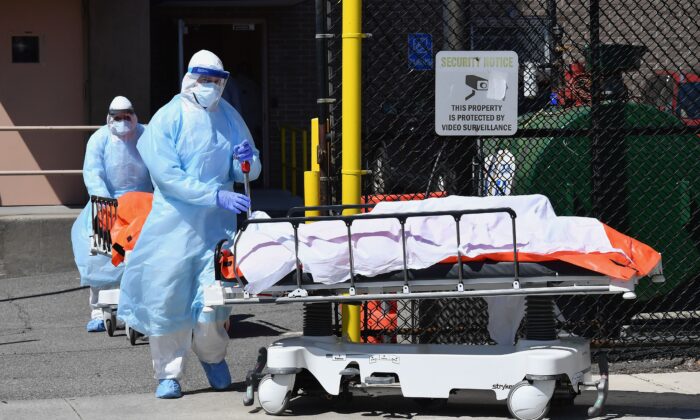 After weeks of declining deaths and hospitalizations in an early CCP virus hot spot, New York City reached a significant milestone in the fight against the disease this week.

For the first day in months since the CCP (Chinese Communist Party) virus started its spread in mid-March and claimed thousands of lives, the city confirmed no new deaths on June 3, according to new data from the NYC Department of Health and Mental Hygiene.

The first death reported in the city was on March 11, when an 82-year-old woman who also had emphysema—a lung condition that causes shortness of breath—died in the state after contracting COVID-19. Since then the virus quickly spread throughout the city, peaking on April 7, when 590 people died.

“You see how quick that spike went up and how slow it is to come down, so we want to make sure we don’t go back there ever, ever again,” Gov. Andrew Cuomo said at a press conference while talking about the death toll in late May.

Confirmed cases have been declining. In late May daily cases dropped below 100, with the lowest number of confirmed cases on May 25 when only 73 people tested positive for COVID-19.

De Blasio said during a press conference on Thursday only 3 percent of people in the city tested positive for COVID-19. The mayor outlined the first phase of the city’s reopening plan. He said phase 1 will be implemented next Monday.

Speaking at a daily press conference in late May, the mayor said that some 200,000 to 400,000 people will return to work as construction and wholesale operations resume. Furniture and clothing stores can reopen for curbside pickup.

De Blasio noted that businesses that reopen must do so in compliance with social distancing measures that have been established while limiting capacity inside buildings to 50 percent. Those businesses also have to provide employees with protective equipment such as masks.

Virus Spread Across the US

Despite the breakthrough in New York City, COVID-19 is still spreading across the United States, claiming thousands of lives.

This week 4,883 deaths in the United States have been reported. Of those, a peaking 1,036 deaths were on June 2, one day after a two-month low the day before, when only 478 deaths were reported.

By early Saturday, the virus claimed the lives of more than 111,000 people in the United States and infected over 1,94 million, according to Johns Hopkins University.